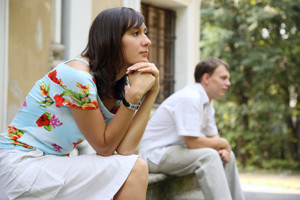 Money problems are among the top reasons cited for divorce. Saying “We can’t afford it” makes people feel insecure, or undervalued, overworked and underpaid.

Feeling like there is not enough can be remedied to a degree by talking about it in a friendly way to clarify what your goals and priorities are as a couple. When you have different priorities, it is easy to feel as though there is not enough money to go around because you are trying to make two plans work instead of one, which would likely take twice as much money and energy.

Dave Ramsey has said, “If we can agree on the checkbook, there would be nothing left to fight about except who gets the remote.”

We can always find time for what is really important to us. Place value on your own time, and assign a value to your relationships. My favorite hints for making more time are, only check email and social accounts twice a day for a limit of five or ten minutes each time, and delegate. Delegate. Delegate.

Make weekly dates a priority. Dates do not need to be expensive. Some ideas are going to a park, have a picnic, take a card game, board game, read a book together, write down a dream vacation and start dreaming together. The purpose of a date is to get out and just be together.

Scientists say if you spend an hour a day studying something for 5 years, you will be an expert. The Internet is amazing! Anyone can learn anything, anywhere, anytime. Don’t wallow in misery over whatever you see yourself lacking. Find a way to fix it and go for it. Your local librarian will be happy to assist you if you need guidance.

The game of life is not fair. Someone is always on the losing end. Games are always more fun when the team works together. Comparing and saying things are unfair is not good teamwork. No two people are the same. We all have unique abilities, insights and talents. If we consider life a game, then marriage should be the base of your team. Play to your strengths and appreciate others for the strengths they bring to the game.

Babe Ruth said, “The way a team plays as a whole determines its success. You may have the greatest bunch of individual stars in the world, but if they don’t play together, the club won’t be worth a dime.”

Blaming creates walls. The wall of blame is a divisive beast that distances us from the people we love. These walls eventually get so thick they block our ability to see through them. It challenges our ability to recognize our loved ones and remember that we love them. Blame tears people down. A good team member will try all they can to build their star players up.

It doesn’t need to be anyone’s fault. Accept the situation and find a way to deal with it, together.

Motivational speaker Dieter F. Uchtdorf said, “We are not perfect. The people around us are not perfect. People do things that annoy, disappoint and anger. In this mortal life, it will always be that way. Nevertheless, we must let go of our grievances. Part of the purpose of mortality is to learn how to let go of such things. That is the Lord’s way. Remember, heaven is filled with those who have this in common: They are forgiven. And, they forgive.”

Use caution in stating what you deserve. It is defensive and can be confrontational. There is a simple fix to keep this phrase from being divisive while still allowing yourself the feeling of pride that you deserve stuff. (Cause let’s face it, you do deserve it.)

Try saying WE deserve this. We deserve to be happy, to have a better life, to achieve our goals together. Switching the ‘I’ for ‘we’ is one way to build your star player’s confidence. Show your spouse that you believe they deserve it, too.

The Law of Inertia states bodies in motion stay in motion. Bodies at rest stay at rest until acted upon by another force. If you don’t feel like it, you may never feel like it unless you are acted upon by another force (a grumpy spouse, perhaps). This is a good place to use the “fake it till you make it” theory, which states that you can pretend until the rest of you agrees with your actions. Pretend long enough, and it will not become real.

Miracles happen. Expect miracles. The ability to communicate effectively can be considered a miracle and might be the one you need. Open the communication lines, and ask your spouse if he or she wants to build something together. Visualize your miracle happening and, given time, it will.

Needing someone to understand is one of the biggest misunderstandings out there. They don’t have to understand. Some things can’t be understood by anyone. You each have your own past, your own story. Let them be sympathetic and leave the past in the past. Build something new together. Be connected in something for the both of you, and allow each other to have your own history.

No one ever tries to neglect a marriage. The only way to prevent neglecting it is to work really hard at trying not to. 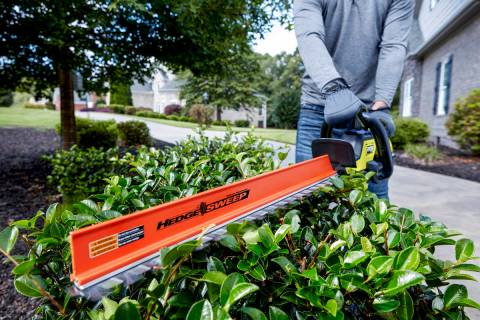 I have always favored gas-powered small engines for my outdoor equipment. Not anymore. Lithium-powered batteries have changed that. 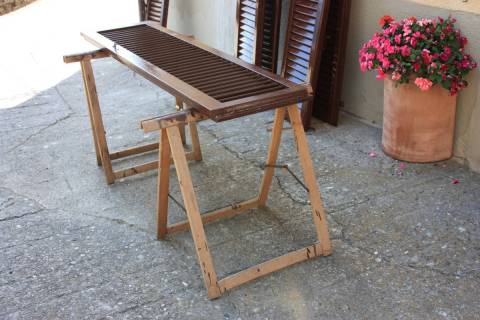 Wood glue, clamps should be sufficient to fix shutter
By Mike Klimek / RJ

Fortunately, you won’t need an abundance of tools to fix the louver on a wood shutter. A little wood glue and some clamps should be sufficient. 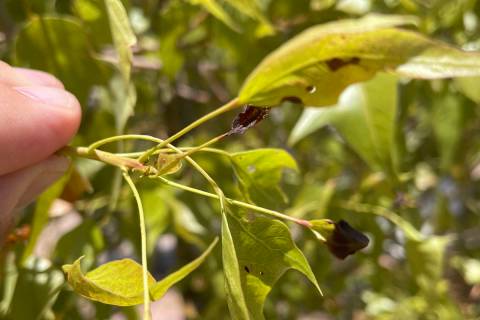 When it is young, a bottletree needs about 20 to 30 gallons each time it is watered. But the soil shouldn’t be continuously wet six days a week. The roots need a chance to breathe. 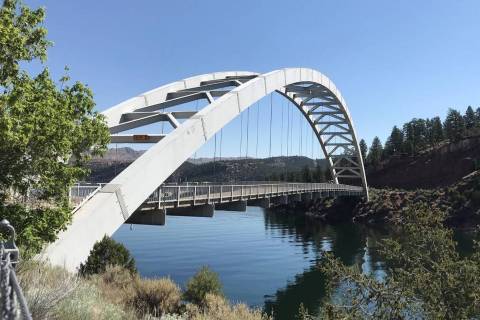 Flaming Gorge National Recreation Area, in southwestern Wyoming and northeastern Utah, makes an ideal summer destination for those seeking cool weather, stunning scenery or lots of water-related activities. It’s about a nine-hour drive from Las Vegas, but rewards the effort.