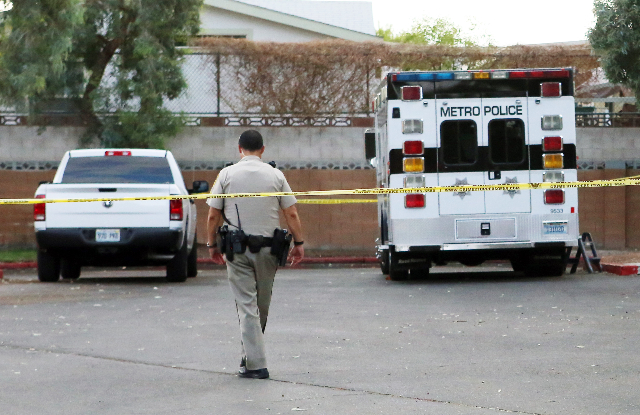 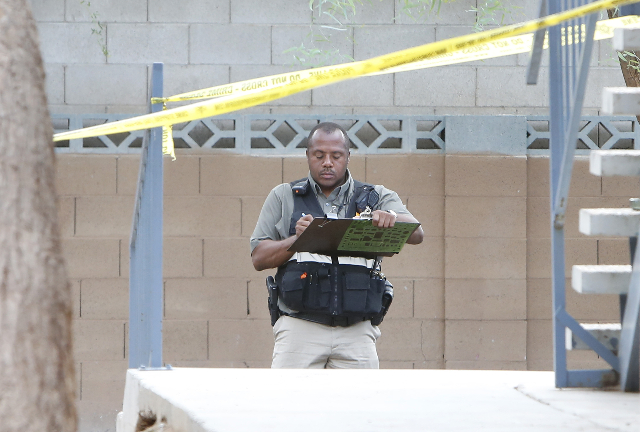 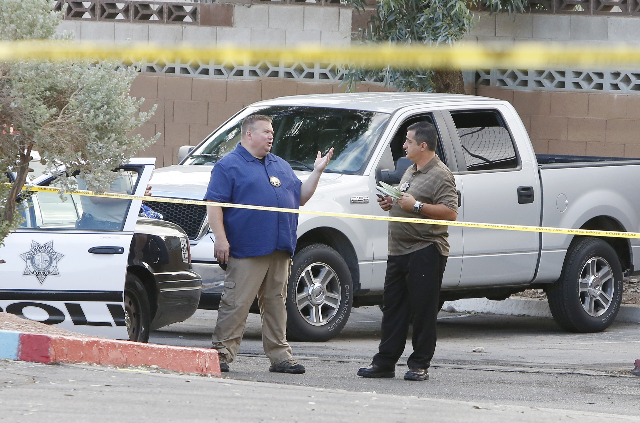 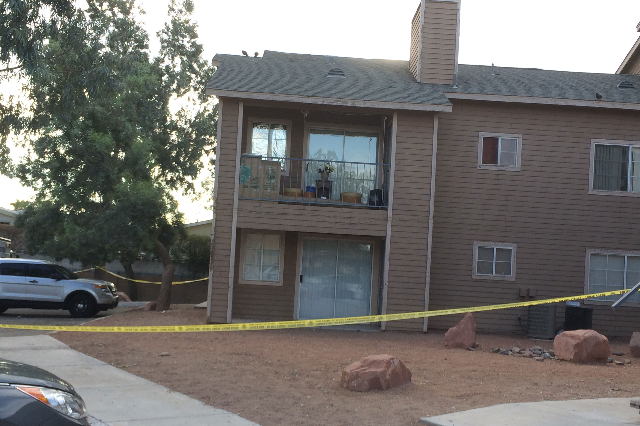 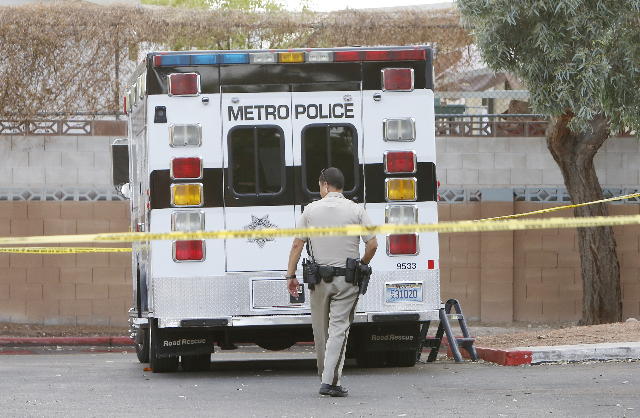 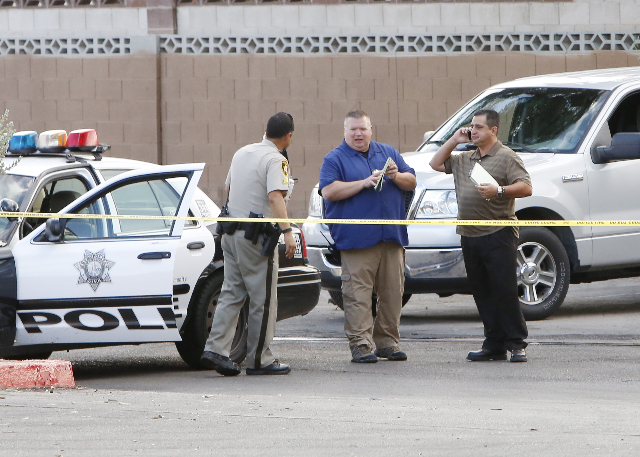 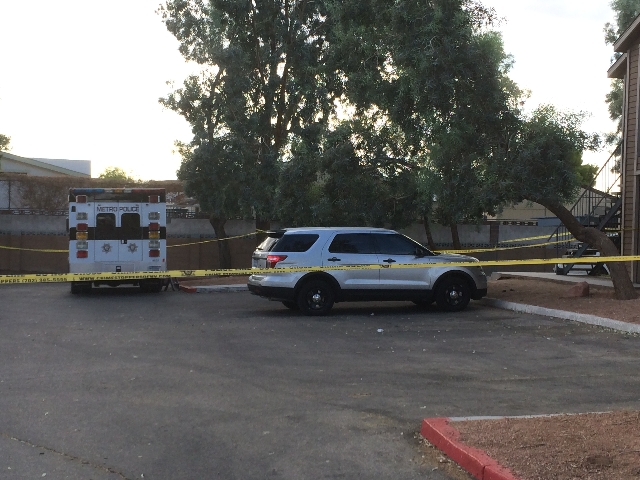 One of two men found shot dead Tuesday in an east Las Vegas apartment complex was identified by the Clark County coroner’s office on Thursday.

Fernando Omar Avila-Estrada, 31, died from a gunshot wound to the neck, the coroner’s office said. His residence was unknown.

Las Vegas police were called just before sunrise to the Hamptons Apartment Complex, 3707 S. Nellis Blvd., after callers said they heard about a dozen gunshots coming from the back parking lot of the complex.

Metro officers found Avila-Estrada and another Hispanic man, who has not been identified by the coroner, on the ground. Police said both were apparently unarmed when they were shot.

One of the men was lying next to a sedan, while another appeared to have been shot while running away, police said. Detectives don’t believe the shooting was gang related, but hadn’t ruled out the possibility of a robbery or a drug deal gone wrong.

Anyone with any information about the shooting can contact police at 702-828-3521 or [email protected] To remain anonymous and be eligible for a possible reward, contact Crime Stoppers at 702-385-5555 or www.crimestoppersofnv.com.