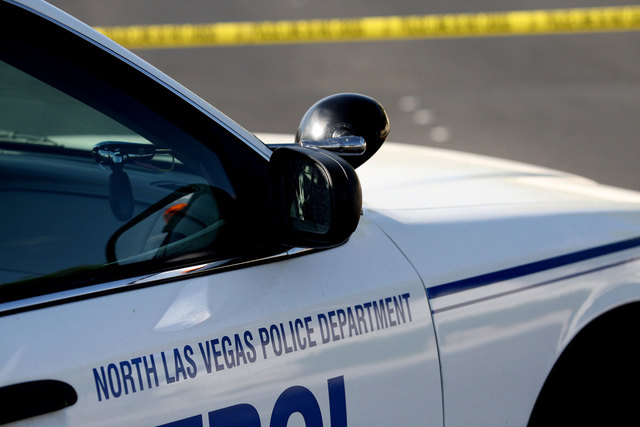 A man is dead and the suspected killer was arrested after an early morning shooting near the intersection of Craig Road and Decatur Boulevard, North Las Vegas police said.

Officers and a medical crew were called at 12:20 a.m. to the 4300 block of Valley Regal Way, where they found a 35-year-old man suffering from multiple gunshot wounds, police said. He was taken to University Medical Center, where he died.

Anthony Glasper, 34, left the scene after the shooting, but returned and was arrested, police said. He was booked into the Las Vegas City Jail on one count of murder with a deadly weapon and ex-felon in possession of a gun.

Police said Glasper and the man knew each other and were in an argument inside a home. The situation “escalated” into a shooting, police said, and the wounded man ran outside and collapsed on a driveway.

Las Vegas on Monday potentially set a record for the coolest high ever recorded on the date as a second day of storms dumped rain across Southern Nevada.