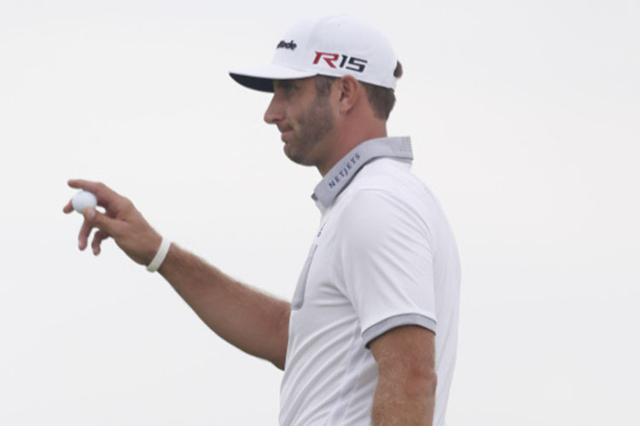 Dustin Johnson holds a one-stroke lead after the first round of the PGA Championship. He‘s been there before, even on the very course this year‘s final major is being played on. Will he fail again with a major champioship in sight? Stay tuned. (Brian Spurlock/USA TODAY)

Will Dustin Johnson suffer another major meltdown at the PGA Championship? Will Jordan Spieth join Ben Hogan (1953) and Tiger Woods (2000) as the only players to win three golf majors in one season? Will Rory McIlroy regain his form as the world’s top-ranked golfer in his return from an ankle injury?

Those are just a few of the questions that will be answered this weekend at Whistling Straits.

Johnson, the first-round leader with a 6-under-par 66, blew a one-stroke lead on the final hole the last time the PGA was played at Whistling Straits and had a putt to win the U.S. Open in June but three-putted the 18th green. Spieth and McIlroy each shot 71 in Thursday’s first round.

NFL preseason, Denver Broncos at Seattle Seahawks (7 p.m., ABC (13), NFLN (317)): Peyton Manning will sit out the preseason opener, letting backup quarterback Brock Osweiler take most of the snaps against the team that had the NFL’s No. 1 defense last season. Fortunately for Osweiler, Seattle’s “Legion of Boom” will be missing Richard Sherman, Kam Chancellor and Earl Thomas. It’ll be interesting to see what play Pete Carroll calls if Seattle has the ball at the 1-yard line.

NFL preseason, Indianapolis Colts at Philadelphia Eagles (10 a.m., NFLN (317)): Eagles backup quarterback Tim Tebow autographed a fan’s Bible this week at Philadelphia’s training camp. Tune in to see if Tebow, who hasn’t played in an NFL regular-season game since 2012, has a prayer of making a comeback with the Eagles.