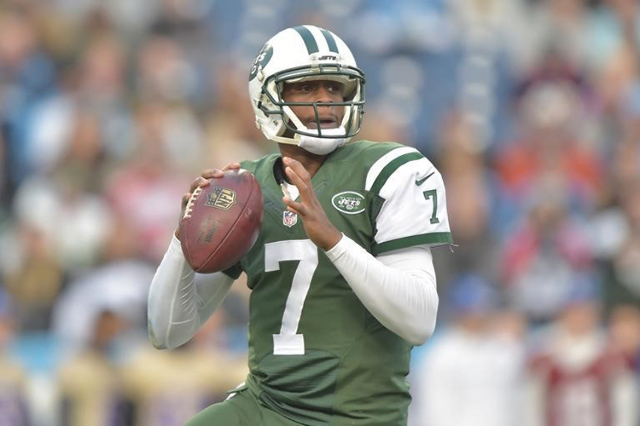 In the wake of the news that Jets quarterback Geno Smith would miss six to 10 weeks with a broken jaw suffered in a locker-room fight with linebacker IK Enemkpali, the New York tabloids added insult to Smith’s injury with some harsh headlines and several amusing Interent memes popped up as well.

The headline on the cover of Wednesday’s New York Daily News was “Luck of the Jaw!” The subhead: “Jets fans rejoice as QB out 6-10 weeks.” The sports page header was “Deflate Face.”

The New York Post went with “Jaw & Disorder,” with the subhead “Bowles needs to get his ship together after Geno fiasco.” AM New York’s header was “Shock & Jaw.”

The Internet memes included a picture of Smith with “Straight Outta Teeth” written on it and Smith’s face Photoshopped on a “Jaw & Order” DVD set.

Barstool Sports came up with arguably the best jab at Smith, posting a video on Twitter of Smith getting knocked out as “Glass Joe” in the old “Punch-Out!!” arcade game, with the caption “EXCLUSIVE: footage of the locker room fight with Geno Smith and IK Enemkpali #Jets.”

Enemkpali didn’t escape unscathed. After getting released by the Jets following the fight, he signed with the Rex Ryan-coached Buffalo Bills. That led to the “Rex Ropes A Dope” headline in Thursday’s Daily News and “Rex Jaw Dropper” in Thursday’s Post.

Someone also edited Enemkpali’s Wikipedia page introduction to include the sentence, “I.K. was released after doing the coaching staff a favor and breaking Geno Smith’s jaw.”

It’s been a big week for Internet sports memes, with the Tom Brady court sketch one blowing up Wednesday.

Check out a sampling of Smith’s memes below.