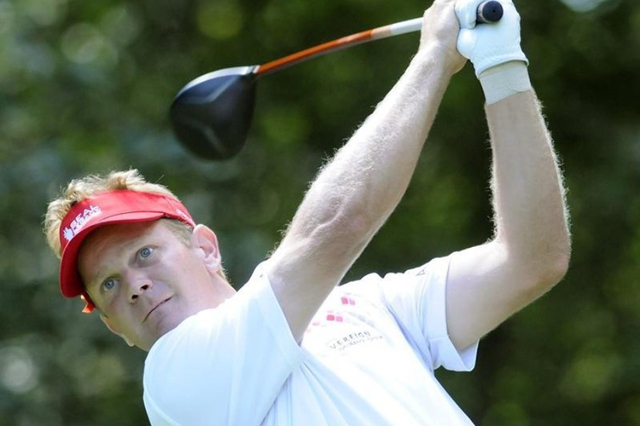 Billy Hurley III hits his tee shot on the 2nd hole during the second round of the Deutsche Bank Championship golf tournament at TPC of Boston. Mandatory Credit: Mark Konezny-USA TODAY Sports

Willard Bill Hurley Jr. was in the news last month when he left his home in Leesburg, Va. with some money and clothing. A missing persons report was filed eight days later by his wife, and the following day at the Quicken Loans National tournament Billy Hurley III asked the media and public to help find his father.

Hurley III continued to play in the tournament, and while he was on the course in the second round his father was found using a computer in a library in Texas to watch his son play. His father told authorities in Texas that he was simply traveling and no further details were given as to why he left his home in Virginia.

Hurley III was informed of his father’s death Wednesday and issued a statement Thursday.

“I want to thank the PG Tour, the greater golf media, and all those who provided their support, prayers and encouragement,” Hurley III said. “The PGA Tour community has always taken great care of us, and my family and I are very grateful for that. As soon as I am able, I will return to golf and will provide further comment.”

Hurley III is the first graduate of the Naval Academy to join the PGA Tour, earning his tour card in 2012. He is ranked 129th in the FedEx Cup this season and is No. 243 in the world golf rankings.

Hurley III finished in a tie for 25th at the Barracuda Championship last week as he attempted to climb into the top 125 to earn a spot in the FedEx Cup playoffs. Next week’s Wyndham Championship in Greensboro, N.C. is the final tournament before the playoff begin with The Barclays Aug. 27-30.