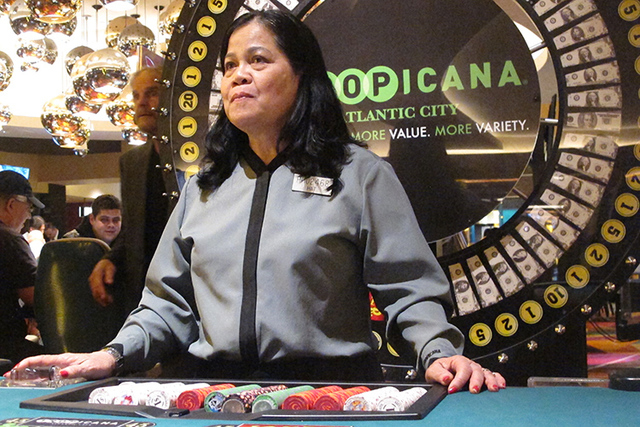 This March 9, 2016 photo shows Hat Nguyen, a dealer at the Tropicana casino in Atlantic City N.J., waiting for customers to place bets at a cash wheel. On Friday April 29, 2016, the Casino Association of New Jersey called on state lawmakers to immediately vote on an Atlantic City aid package, saying the cash-strapped city is &quot;on the edge of the abyss.&quot; (AP Photo/Wayne Parry) 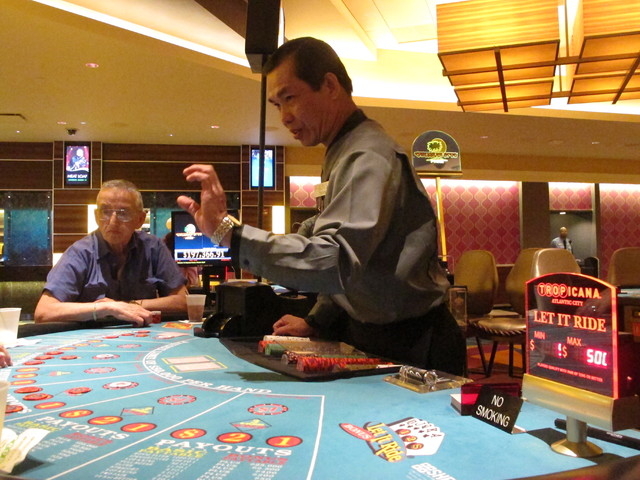 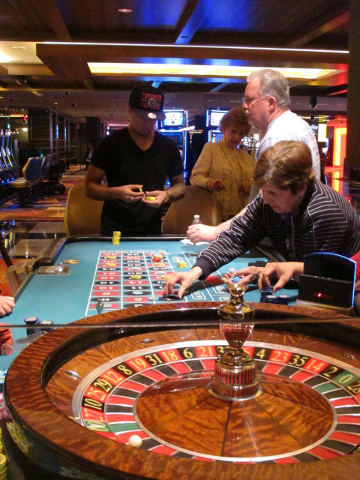 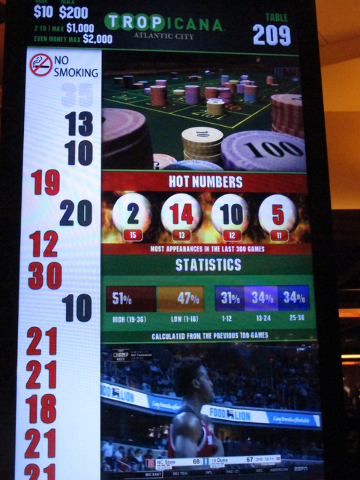 This March 9, 2016 photo shows a roulette results board inside the Tropicana casino in Atlantic City, N.J. On Friday April 29, 2016, the Casino Association of New Jersey called on state lawmakers to immediately vote on an Atlantic City aid package, saying the cash-strapped city is "on the edge of the abyss." (Wayne Parry/Associated Press)

ATLANTIC CITY — Atlantic City’s casinos, saying they are “on the edge of the abyss,” want an immediate vote on bills in the state Legislature that would help the casinos and let the state take over the city’s finances.

The Casino Association of New Jersey on Friday called on Democratic Assembly Speaker Vincent Prieto to post his version of an Atlantic City aid package, one of two competing measures being considered in Trenton.

The bills differ on when the state could seize control of the nearly broke city’s finances. But both would let the casinos make payments in lieu of taxes in return for not appealing their tax assessments.

“We are all now on the edge of the abyss and this impasse must end,” the association wrote.

The group said either bill could help the situation. It said if Prieto’s bill fails in the Assembly, he should then post the version that has already cleared the Senate for a vote in his chamber.

The casinos would benefit from the legislation by getting cost-certainty in knowing how much they will have to budget instead of unpredictable annual tax bills that can vary widely from year to year. And costly tax appeals from the casinos would no longer blow huge holes in Atlantic City’s budget; the Borgata alone is owed more than $170 million, including interest, in tax appeals it has won from the city.

The call came three days after national and state leaders of the AFL-CIO wrote to New Jersey Legislative leaders to support Prieto’s bill, which they say provides critical protection for public sector workers. Prieto has refused to put the Senate version, which is backed by Democratic Senate President Steve Sweeney and Republican Gov. Chris Christie, up for a vote because it would allow the state to unilaterally break union contracts for Atlantic City public employees.

Richard Trumka, the union’s national president, and Charles Wowkanech, its New Jersey president, wrote to Sweeney and Prieto on Tuesday, backing the Assembly package. They said the Senate bill backed by Christie would strip union workers of the right to organize and bargain for contracts, and deprive Atlantic City residents of their right to govern themselves.

Atlantic City is close to running out of money. It would get millions of dollars in aid under the bills, but only after meeting financial benchmarks laid down by the state. The Assembly version would give the city up to two years to improve its finances, while the Senate gives the city 130 days.

The city’s finances are reeling from the contraction of its largest taxpayer, the casino industry, which saw four of its 12 casinos shut down in 2014. But many state officials also say Atlantic City had spent lavishly for generations while casino revenues were rolling in. That level of spending has now become unsustainable, as casino revenue has fallen from $5.2 billion in 2006 to $2.56 billion last year.