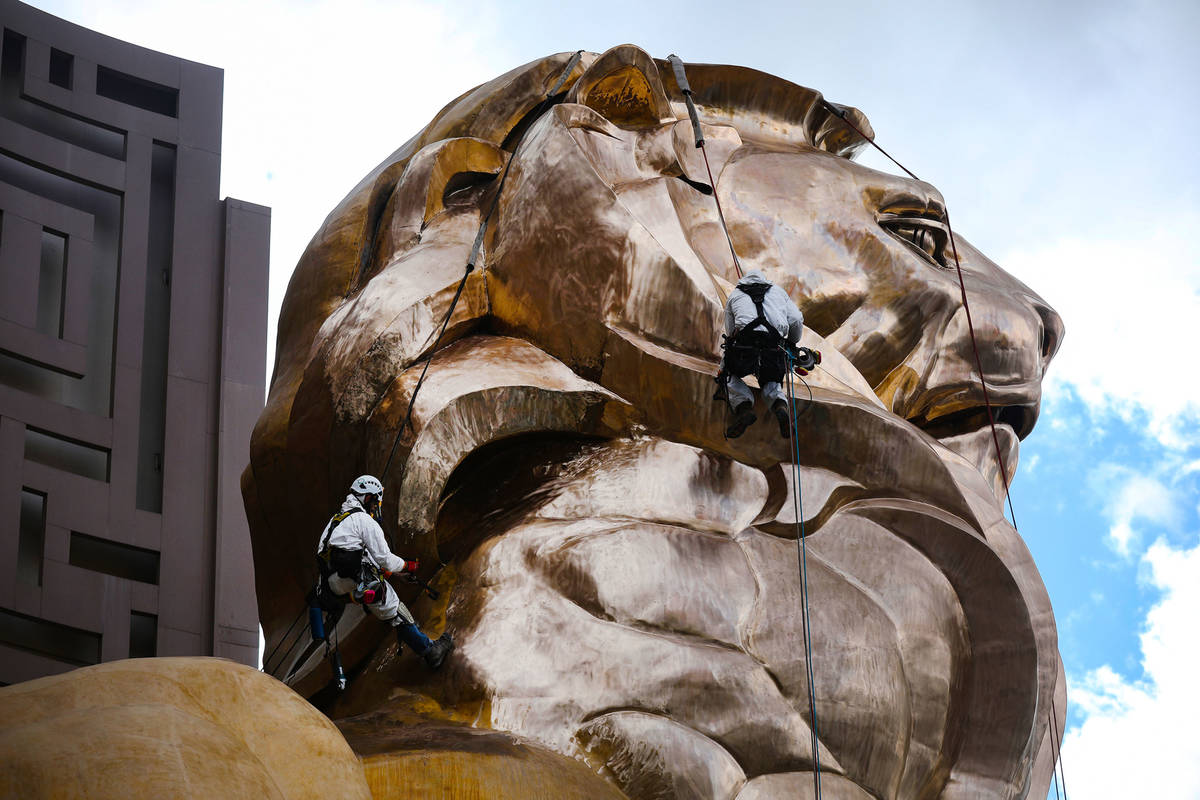 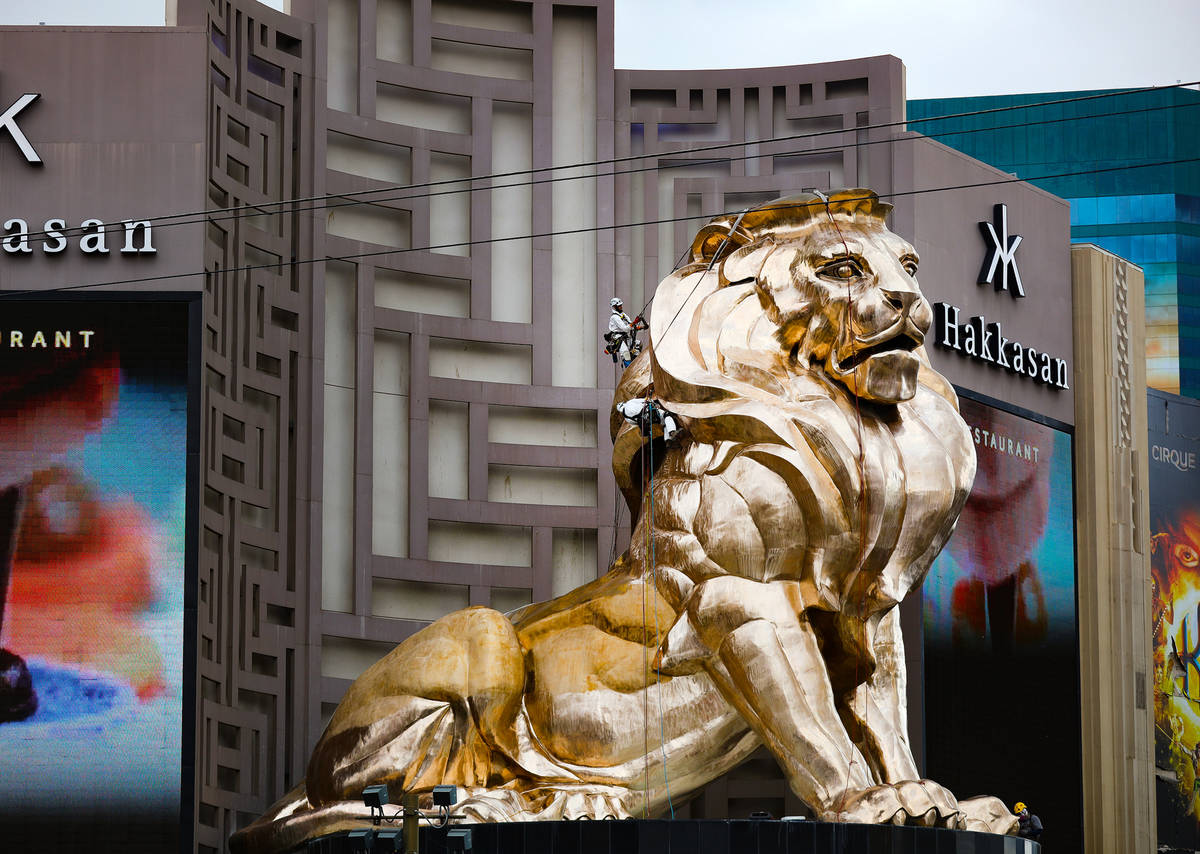 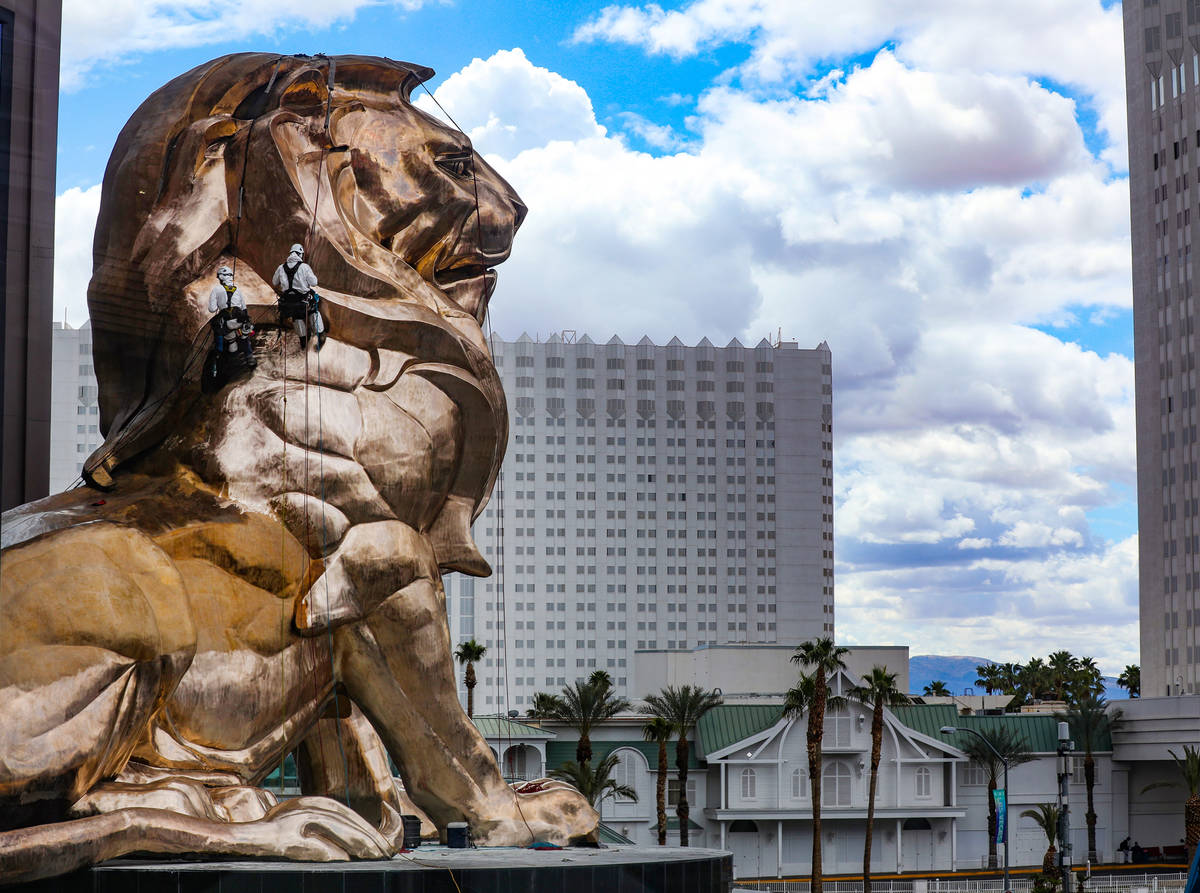 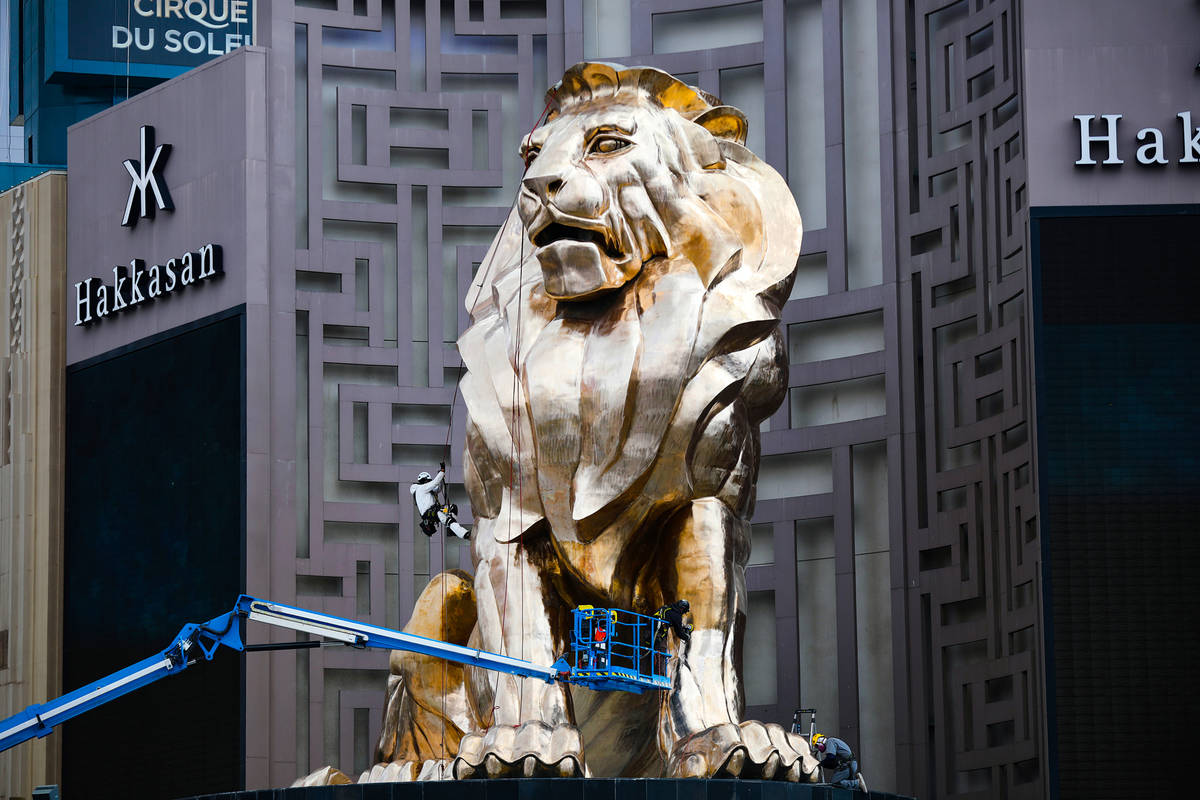 MGM Grand’s Leo the Lion statue is getting a nearly monthlong spruce-up.

Workers were spotted on Tuesday cleaning the 50-ton statue, which honors the lion seen roaring at the beginning of hundreds of MGM movie openings.

MGM Resorts International performs the cleaning annually, according to spokeswoman Stacy Hamilton. This year’s cleansing started on April 5 and is expected to wrap up at the end of the month, weather permitting.

All American Builders was contracted for the job, and six to eight workers spend eight to 10 hours each day scrubbing the lion. The workers use baking soda and Scotch Brite pads and will seal coat the statue with a satin clear finish.

The 45-foot lion sits atop a 25-foot pedestal and replaced an abstract, fiberglass version of the lion as part of a multimillion-dollar renovation project at the MGM Grand in the late 1990s. The original statue was “a cultural faux pas a significant number of Asian visitors avoided,” according to a previous Review-Journal report.

The statue was believed to be the largest bronze statue in the United States when it was first constructed.