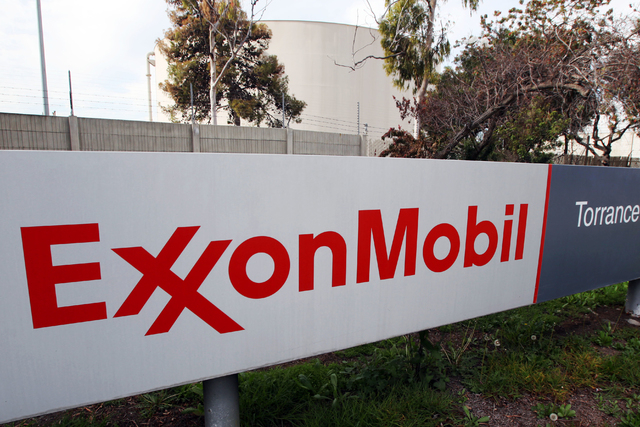 DALLAS — Exxon Mobil produced its weakest quarter in more than 16 years as lower oil prices pushed its profit down by 63 percent.

Revenue tumbled 28 percent, and the oil giant lost money in its vaunted exploration and production business despite a 2 percent increase in production. It made more money, however, in chemicals.

Exxon continued to slash capital spending to cope with lower prices, which this week cost the company the perfect AAA credit rating that it had held for more than six decades.

The company lost $76 million in its exploration and production business because of an $832 million loss in the U.S. A year ago, the so-called upstream business earned about $2.9 billion on a much smaller U.S. loss of $52 million.

Exxon’s refining and fuels-marketing business was profitable, but not as much as a year ago partially due to weaker margins on refining.

The chemical business, however, earned $1.4 billion, an improvement of $373 million over the same period last year.

This week Standard & Poor’s downgraded Exxon’s credit one notch, to AA+. Exxon had been one of just three U.S. corporations with the top AAA rating, but S&P said it downgraded Exxon because of lower energy prices and continuing high dividend payouts.

The next day, the company raised its dividend for the 34th straight year — but by just 3 percent.

Shares of Exxon Mobil Corp. rose 57 cents to $88.60 in trading before Friday’s opening bell. The shares have climbed 13 percent since the beginning of the year, while the Standard & Poor’s 500 index has increased roughly 2 percent.

Camp Cartwheel, the Nevada Childhood Cancer Foundation’s four-day camp program for children diagnosed with chronic or critical illnesses and their siblings, goes virtual for a second year due to pandemic concerns.

Invitation Homes plans to buy around 7,500 homes over the next five years from developer PulteGroup that will be designed and built for Invitation’s portfolio of rental houses, the companies announced.