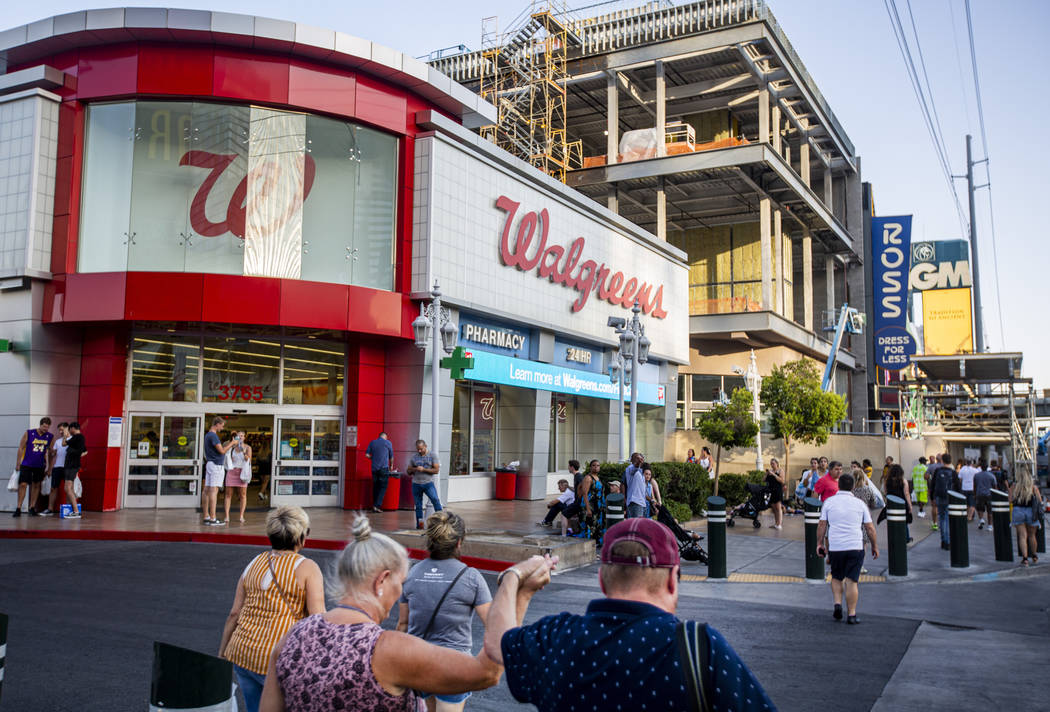 People walk by the Walgreens on the Las Vegas Strip on Tuesday, Sept. 10, 2019, in Las Vegas. (Michael Blackshire/Las Vegas Review-Journal)

The vaping industry has come under scrutiny after hundreds of people have fallen ill and at least eight have died after using vaping devices.

Walmart announced last month that it would stop selling e-cigarettes at its stores nationwide.

Kroger said it would stop selling e-cigarettes as soon at its current inventory runs out at its more than 2,700 stores and 1,500 fuel centers. The Cincinnati-based company operates the Smith’s Food and Drug stores in the Las Vegas Valley.

Walgreens, based in Deerfield, Illinois, operates more than 9,500 stores in the U.S.