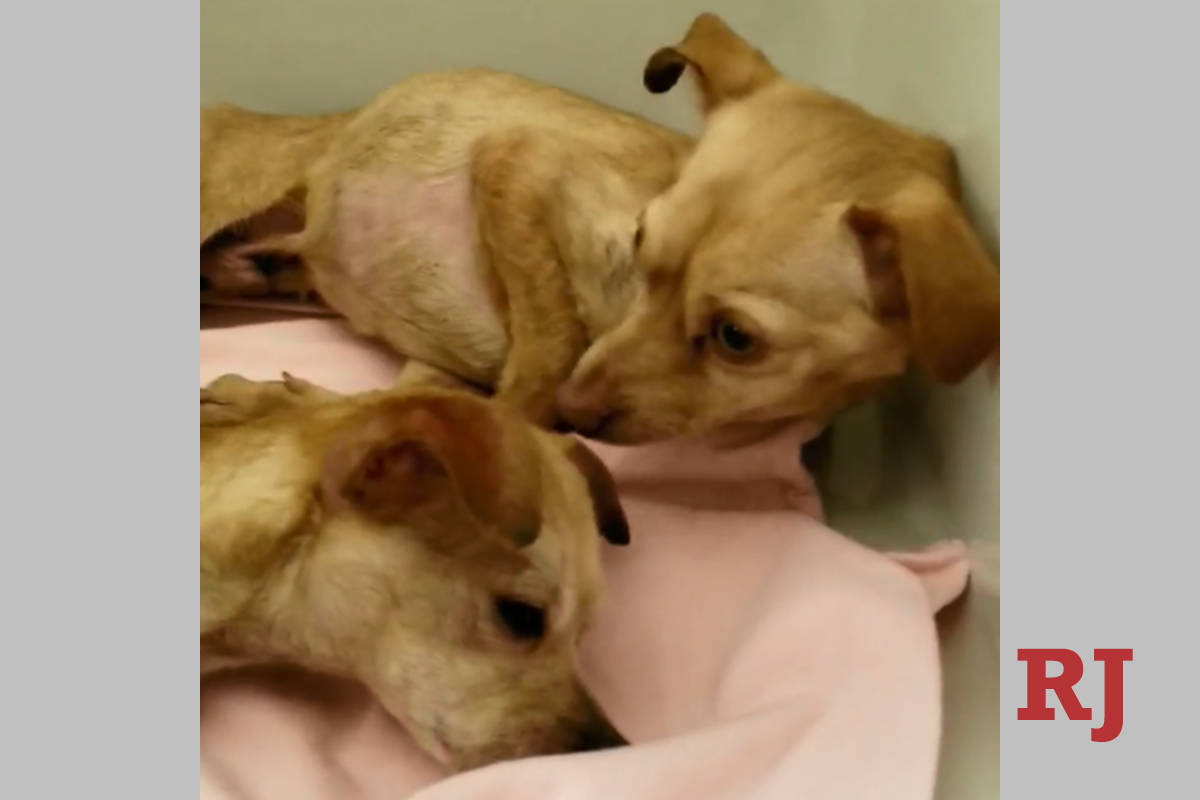 Police are seeking the public’s assistance in finding a person who left two dogs in a dumpster earlier this year in the western Las Vegas Valley.

An Animal Control unit was notified before 1 p.m. Jan. 4 that two tan Chihuahuas were found in a garbage bag inside of a dumpster at 8560 W. Desert Inn Road, according to a post on the LVMPD Spring Valley Area Command Facebook page.

Nearby workers said they heard noises near the dumpster and discovered the dogs, the post said. The employees removed the dogs and took them to a nearby animal hospital.

Surveillance video showed the driver of a vehicle discarding what is believed to be the two dogs inside of the dumpster. The vehicle is a silver Toyota Camry, possibly a 2015 model year. The vehicle has two dents. One dent is on the passenger front fender and the other on the rear passenger fender, the post said.