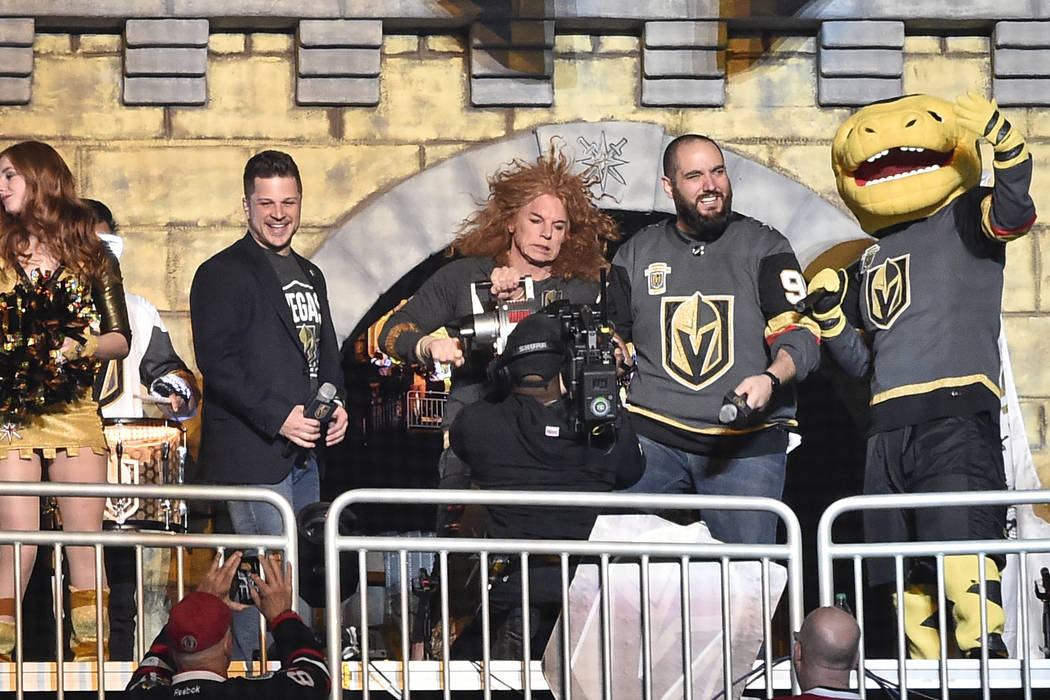 Comedian Carrot Top sounds the siren in the Fortress to begin the 1st period of the game between the Vegas Golden Knights and the Chicago Blackhawks at T-Mobile Arena on Feb. 13, 2018 in Las Vegas. (Jeff Bottari/NHLI via Getty Images) 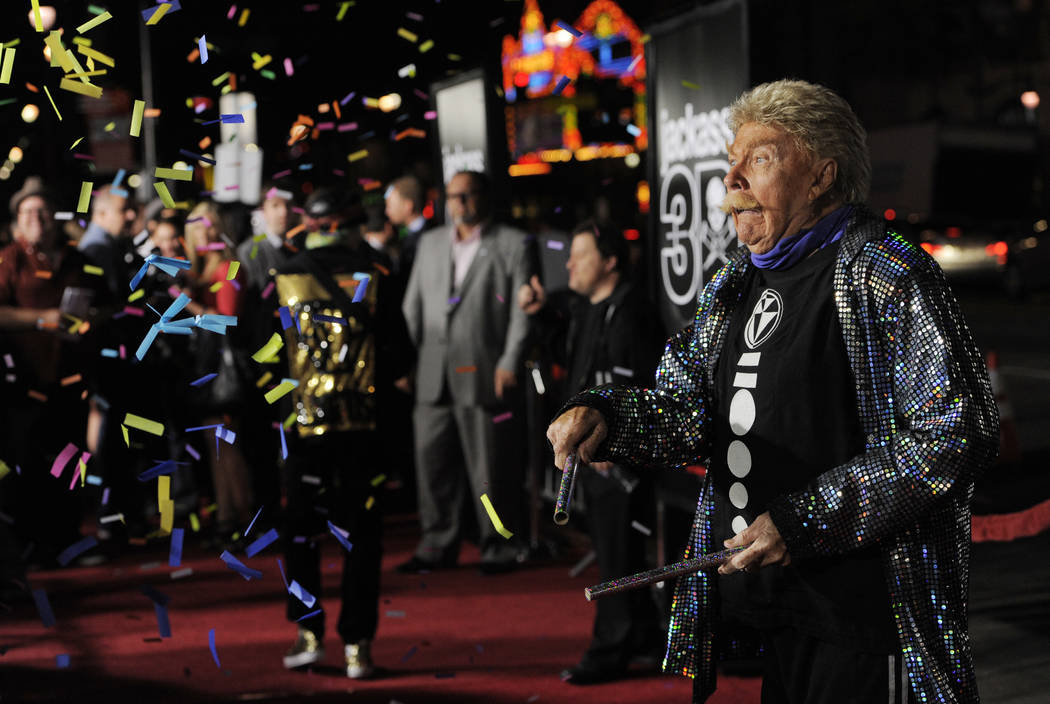 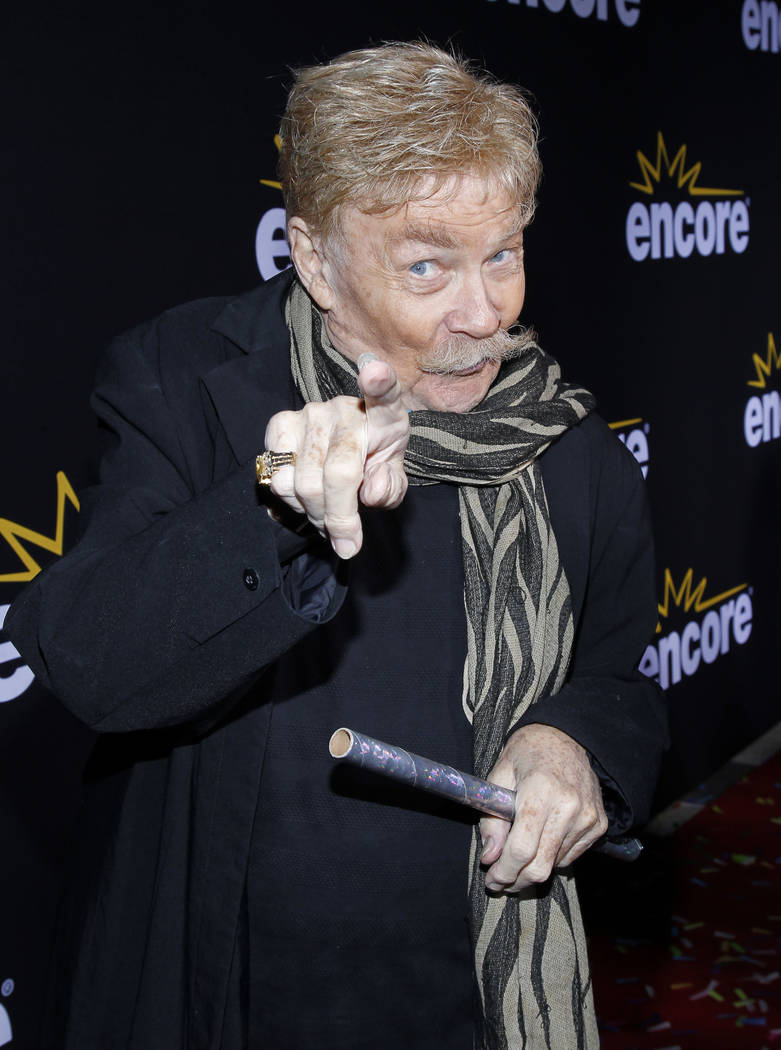 Rip Taylor arrives to the ENCORE Original premiere of "Method to the Madness of Jerry Lewis" in Los Angeles on Wednesday, Dec. 7, 2011. (Joe Kohen/AP Images for Starz) 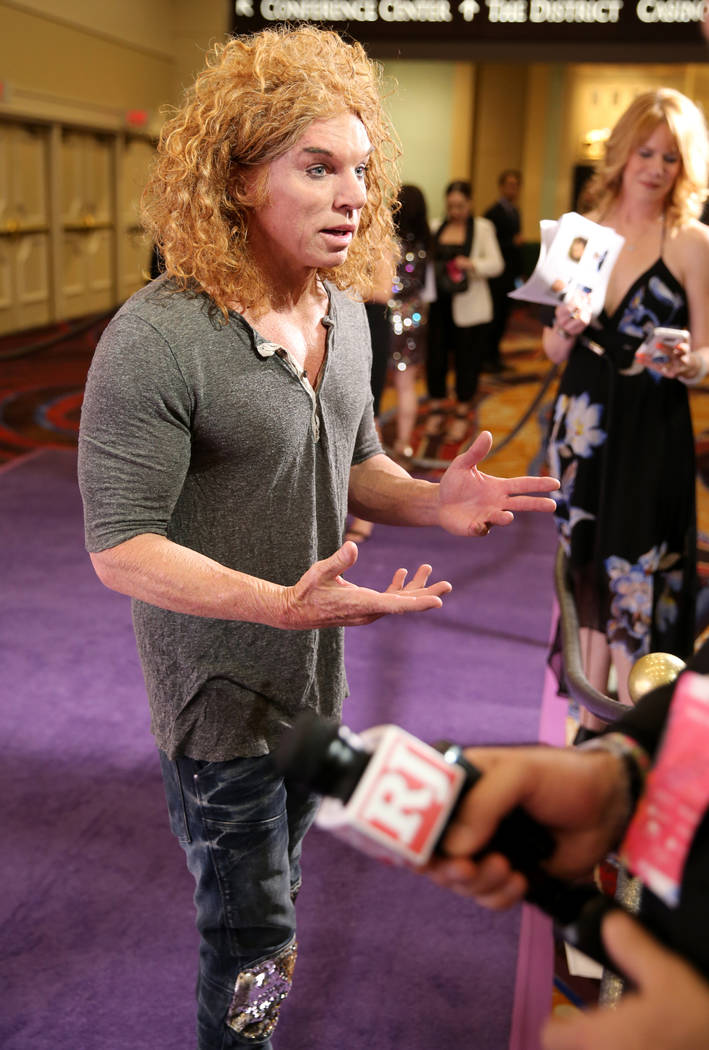 When Carrot Top burst on the national comedy scene in the 1990s, he seemed the heir apparent to Rip Taylor as the country’s pre-eminent prop comic.

“He never liked me,” Thompson said in a phone chat Sunday afternoon as he learned of Taylor’s death on Sunday in Beverly Hills at age 84. “He always accused me of stealing his act.”

Taylor was unique with his penchant for throwing confetti over his audiences, his obvious hairpiece (which often fell askew during performances), his shrill delivery and general campiness. He was known for guest appearances on such game shows as “The Hollywood Squares,” “The Gong Show” and “The $1.98 Beauty Pageant,” which he hosted.

Thus, Carrot Top always attempted to distinguish his act from that of Taylor, who was a comedy institution by the time Thompson opened his series at Luxor. Thompson has updated his act routinely by drawing from the events of the day to remain fresh. Over the weekend he developed a Bernie Sanders necktie, outfitted with a stethoscope.

Early in his career, Thompson attempted to diffuse tension between himself and Taylor on an appearance on “The Daily Show” when Jon Stewart hosted. Carrot Top appeared on set, where Stewart broached the subject of his relationship with Taylor.

The red-headed comic strongly denied copping Taylor’s act, then cut to a previously recorded clip from a comedy club in Orlando, Fla.

“We set up this show, and I was introduced and walked out throwing confetti all over the place,” Topper said. “The audience loved it. It killed.”

As Thompson walked away, he turned to a friend and said, “Well, I think that went well.”

It was a funny, incidental moment, and the only time the two ever teamed on a comedy bit.