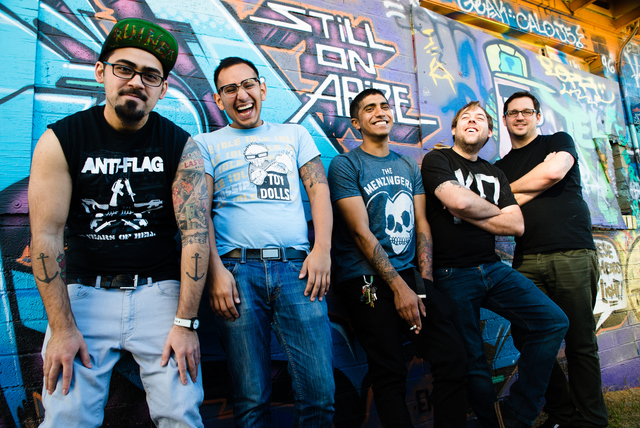 Rayner will perform Saturday as part of Punk Rock BBQ at the Bunkhouse. (Courtesy Photo)

And just in case you don’t get enough music at Punk Rock BBQ, 11th Street Records is hosting matinee acoustic performances by Jared Stinson of Sic Waiting, Brendan Scholz of Mercy Music, Matt Salkeld, Brock Frabbiele and Jesse Pino on Saturday. Tickets are $5, and the show starts at 3 p.m.

Kip Winger, frontman of the ’80s hard rock band that bears his name, is coming to Count’s Vamp’d on Saturday for a solo acoustic set, followed by an after-party featuring the Moby Dicks with Brian Tichy, Chas West, Doug Aldrich, Phil Soussan and Stephen Le Blanc. Tickets are $10; the show’s at 9 p.m.

The Resurrection Kings, an outfit that features a hefty lineup of hard rock dudes from the ’80s — Vinny Appice, Chas West, Craig Goldy and Sean McNabb — are set to perform Thursday at Count’s Vamp’d with Dinner Music for the Gods. Tickets for the gig are $5, and the show starts at 9 p.m.

The Ultimate Stones Tribute Band takes on the music of the Rolling Stones on Saturday at the House of Blues at Mandalay Bay. Stop by and see how well the outfit channels Mick, Keith and the guys. Tickets are $15, and the show starts at 7 p.m.

Kanye West unveiled at least one single off his new album, “Donda,” during an event Sunday at Church LV.