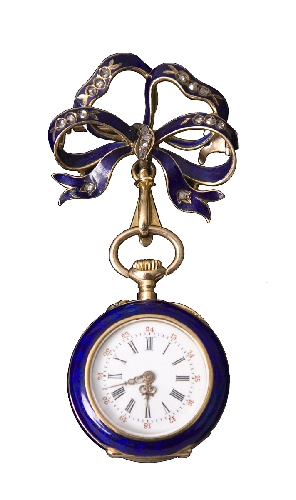 First came the church-tower clock to help everyone in town know the time. Then in the 1500s, a watch on a chain or a ribbon was used by the very rich. By 1700, women could have a watch pinned to a dress as part of a chatelaine that held keys, scissors and other household tools. Later came the traveling clock, then the pocket watch.

In the early 1900s, the first watches with a matching pin were made to wear on a lady’s lapel. In 1915 the lapel watch was improved – the watch face was upside down so the wearer could read it more easily.

But attractive lapel watches — especially those with enamel finish and matching fleur-de-lis or bow pins – and wristwatches that look like gold or jeweled bracelets sell well. The very best of the brand name watches, like Rolex or Patek Philippe, and those with features that tell more than time sell for extremely high prices.

Q: I have a tea set made by Camark Pottery. I’m trying to find some information about the company. Can you help?

A: Camark started out in 1926 as Camden Art Tile and Pottery Co. It was established on land donated by the Camden Chamber of Commerce in Camden, Ark. By the end of the year, the company name had been changed to “Camark,” a contraction of “Camden” and “Arkansas.”

Production of hand-thrown pottery began in 1927. Vases, planters, figurines and other decorative objects were made. Cast and molded pottery was mass-produced beginning in 1933. The company was bought by Mary Daniel in the early 1960s. Production ended in 1983. 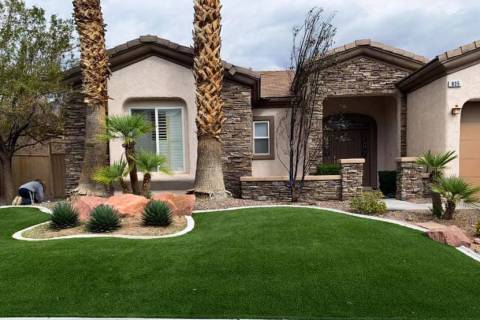 The drought occurring throughout the Southwest is driving homeowners to consider artificial turf, which is more eco-friendly than a natural lawn. 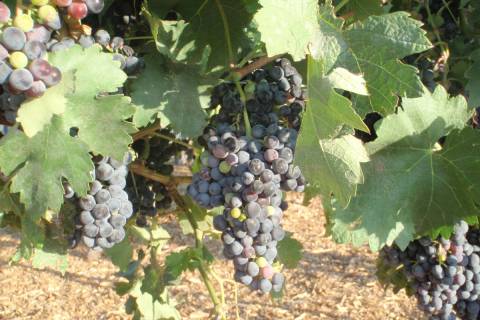 When phosphorus is available, it helps plants flower and grow roots. But for new plants, it’s a good idea to have it present from the start. If phosphorus is in short supply, it can cause stunting and poor growth. 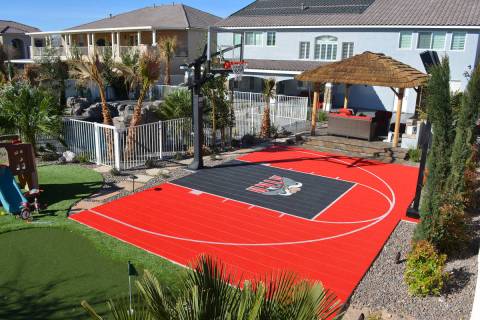 A backyard sports court can make a house a popular center of attention as it becomes a place where neighborhood children gather for fun and exercise. 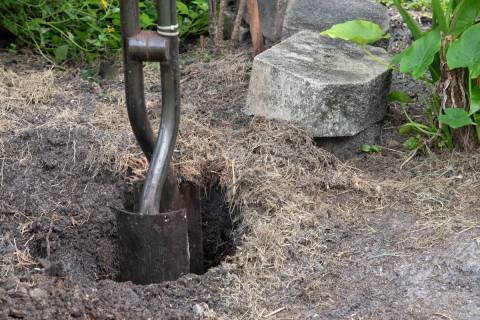 When replacing a damaged mailbox, it will sit on top of a post that will be embedded in concrete in the ground. You’ll need a post hole digger to dig a hole for the post. 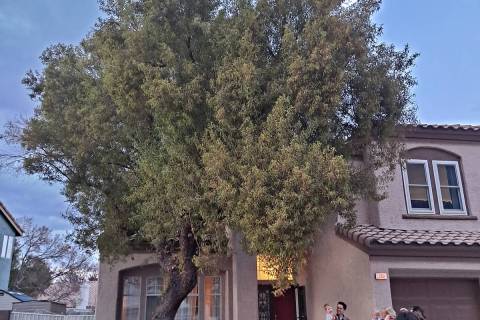 African sumac can grow in both grass, rock landscapes
By Bob Morris / RJ

African sumac is considered somewhere between mesic and xeric in its water use. It’s not a true desert tree, but it can handle both a desert landscape and non-desert as well. 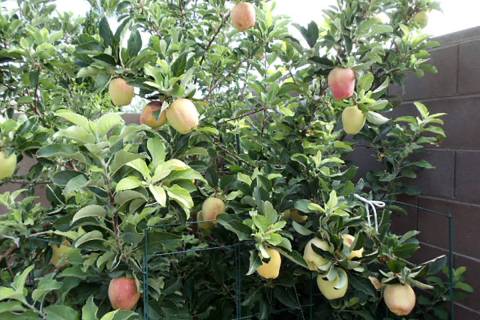 I have had some reports of poor fruit production with Gala grown in the desert, but I have not found that to be true. 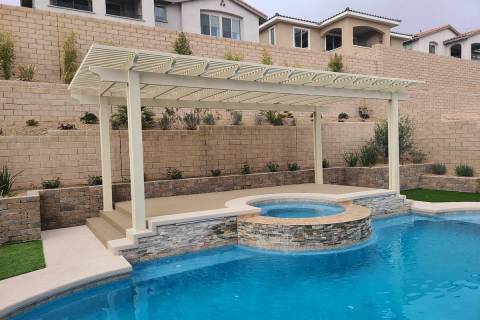 Las Vegas has an average of 294 days of sunshine per year, and the perfect patio cover can maximize a comfortable outdoor living space during these hot summer months. 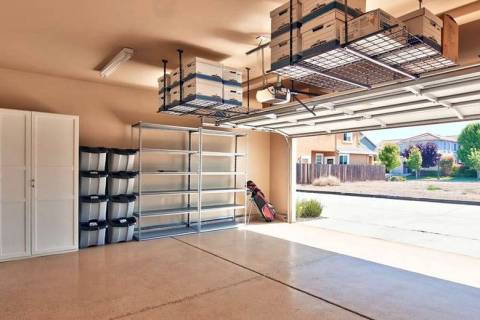 Overhead storage systems, either store-bought or homemade, are an excellent way to clear out a place to walk in your garage. 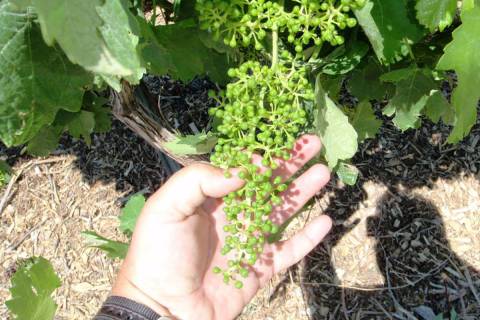 There are natural products that you can apply for controlling grubs of June beetles, including insect-devouring — but plant-friendly — nematodes. 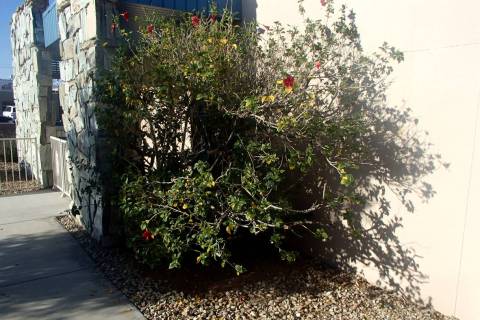 Though hard to find, Rose of Sharon grows well in our climate
By Bob Morris / RJ

Rose of Sharon is a hardy and fun deciduous shrub for our climate. It’s considered mesic in its water use and not meant for desert landscapes.