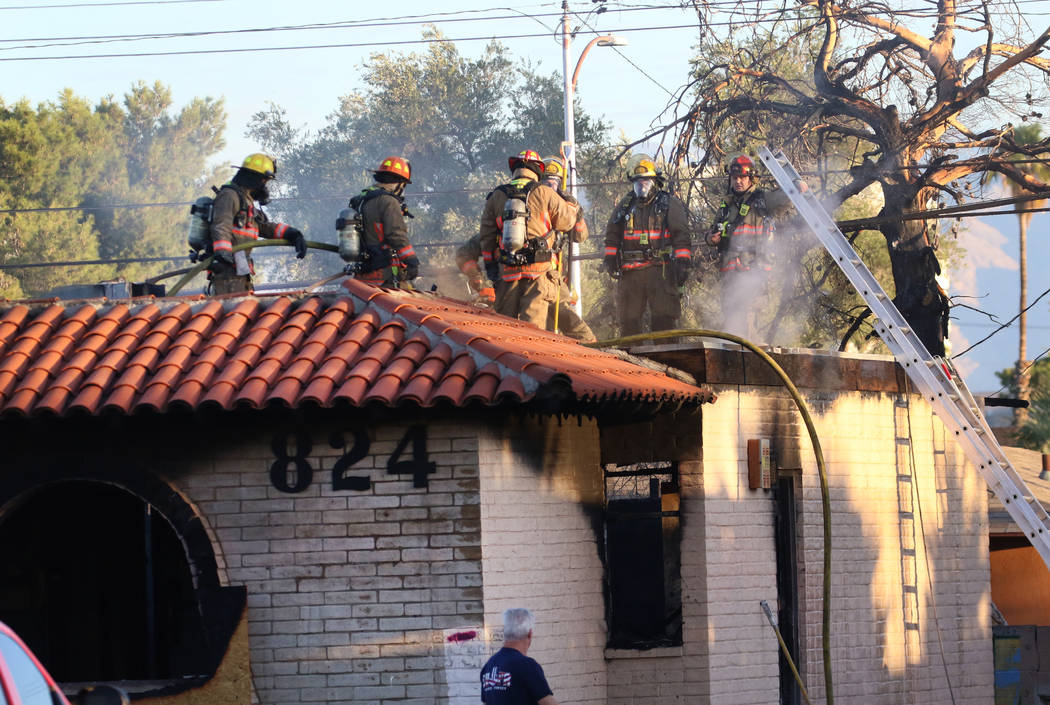 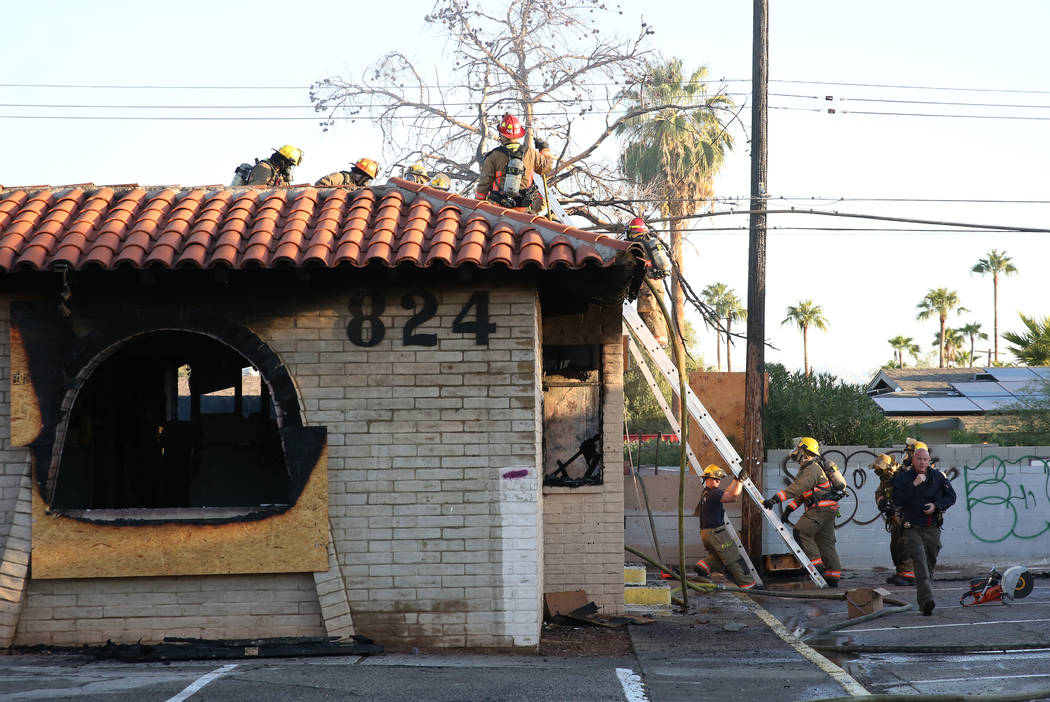 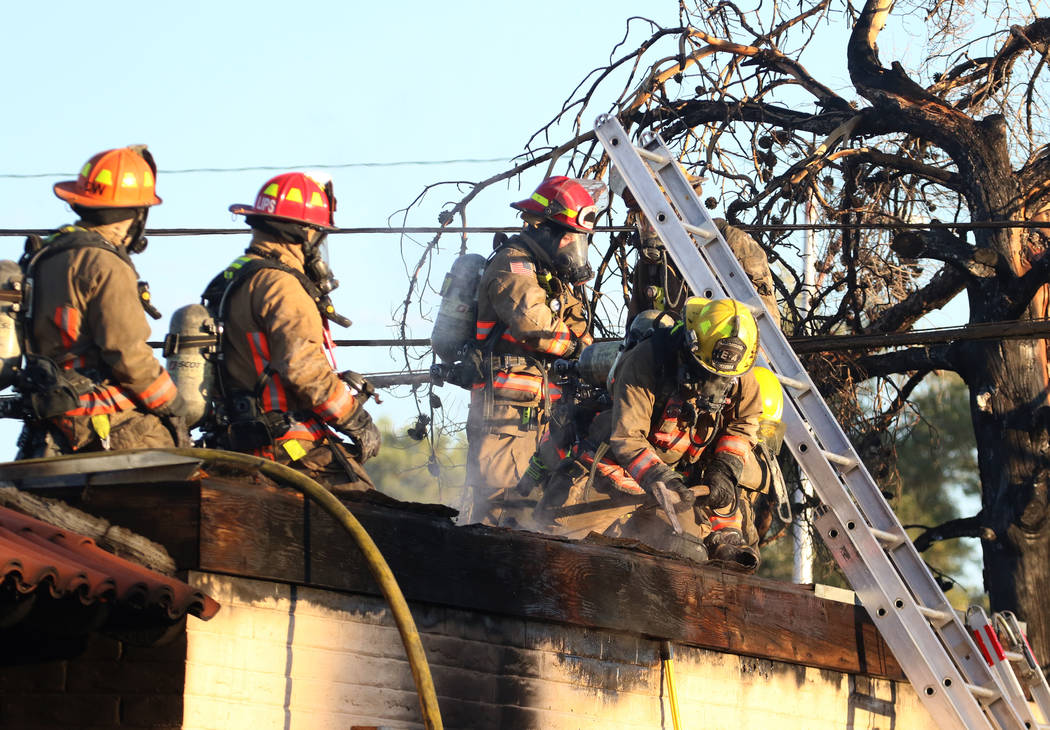 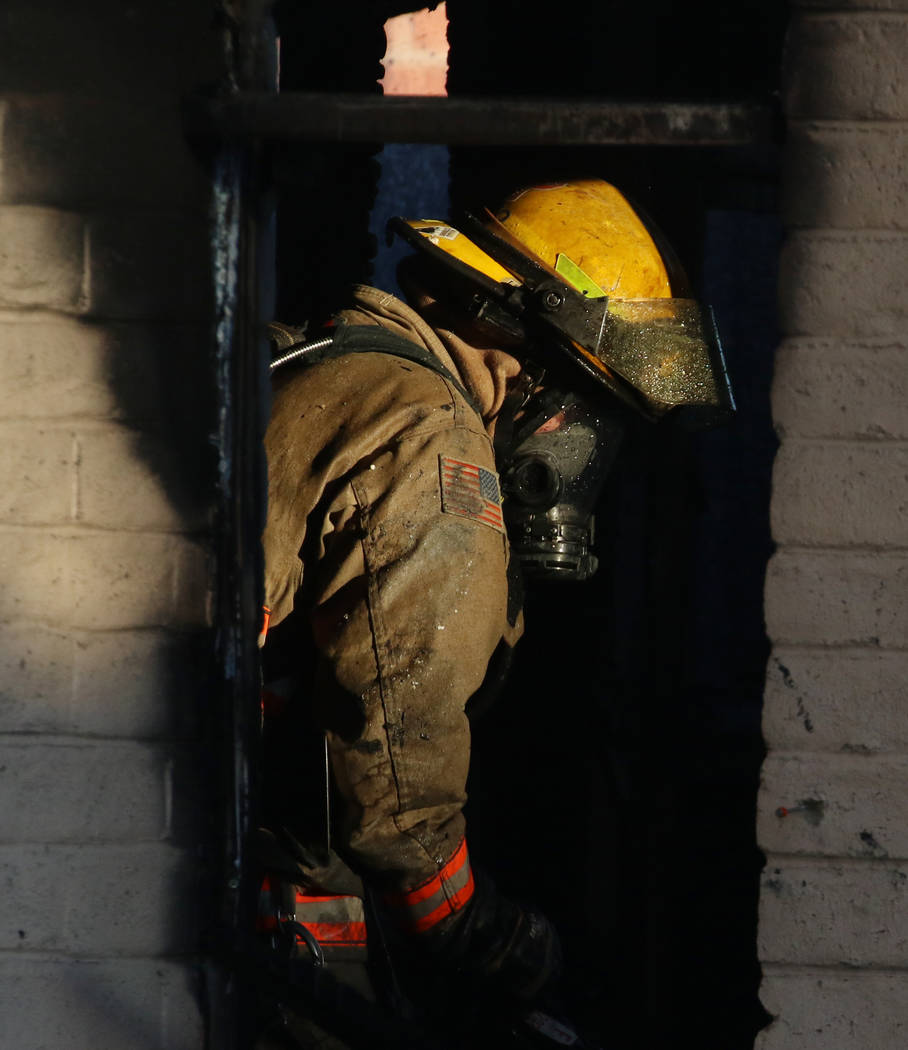 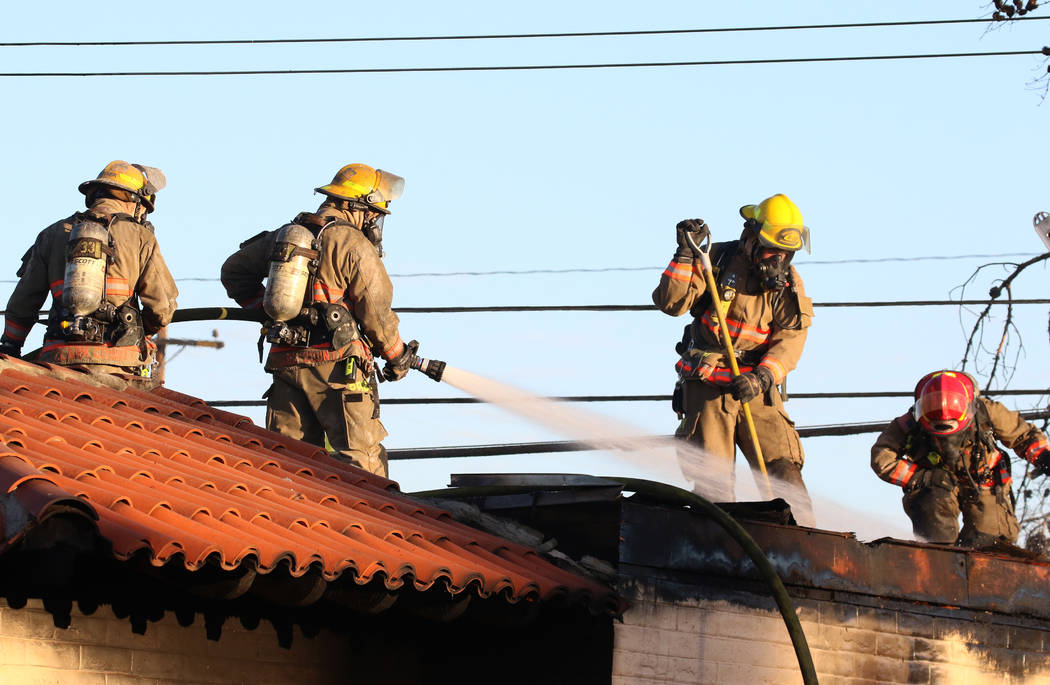 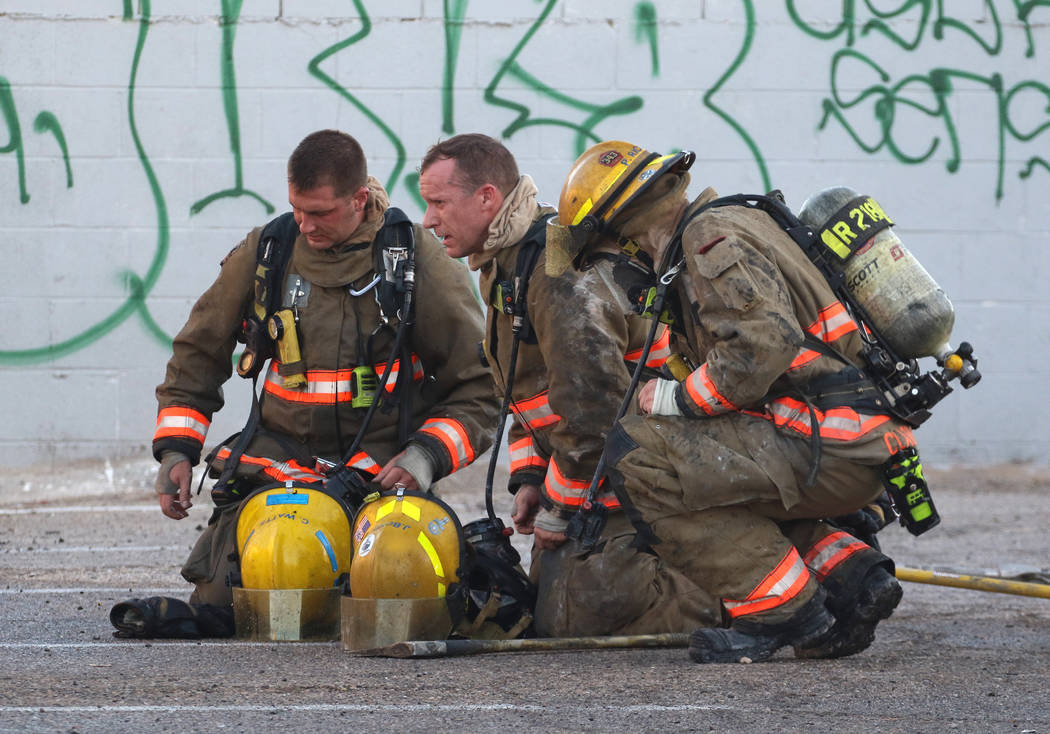 The Clark County firefighters take a break after battling a fire in a commercial area at 824 E. Sahara Ave. on Monday, Oct. 7, 2019, in Las Vegas. (Bizuayehu Tesfaye/Las Vegas Review-Journal) @bizutesfaye 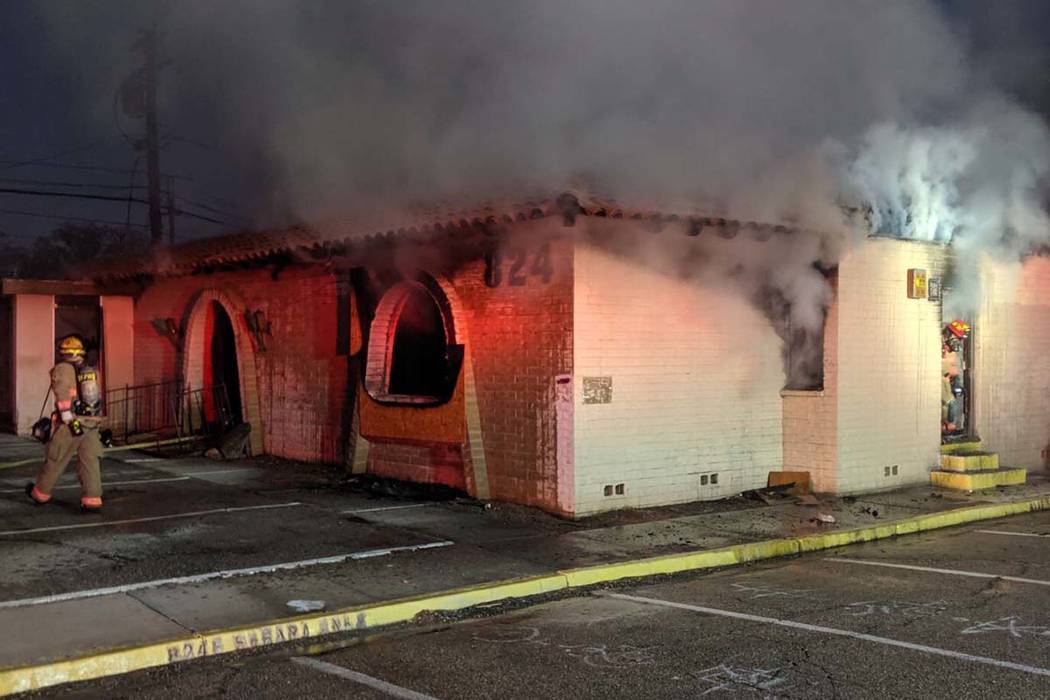 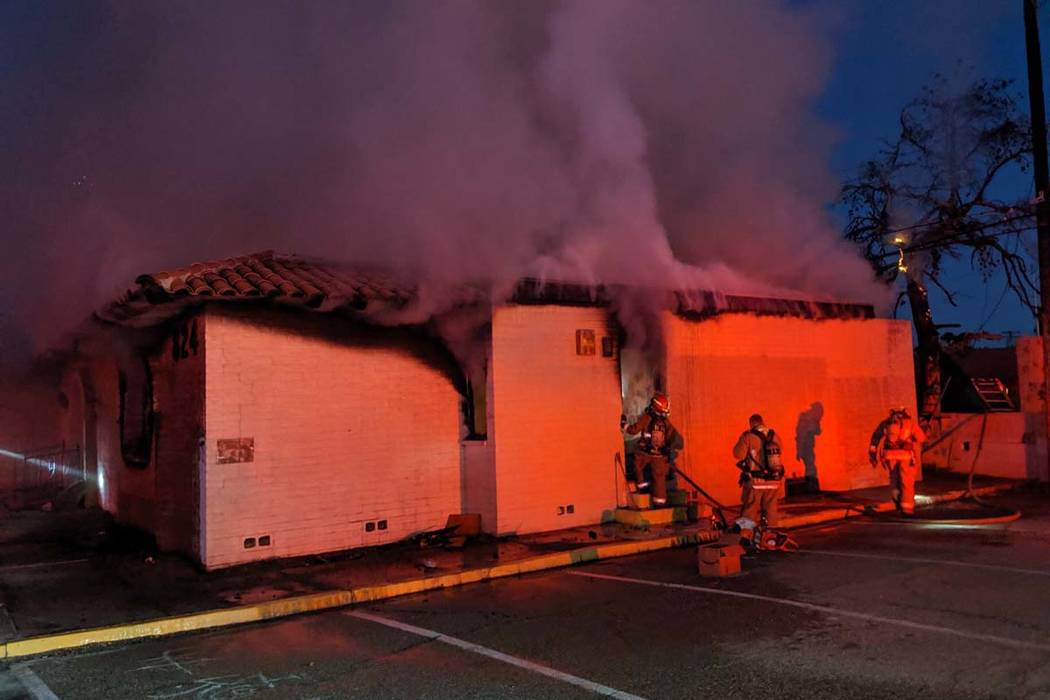 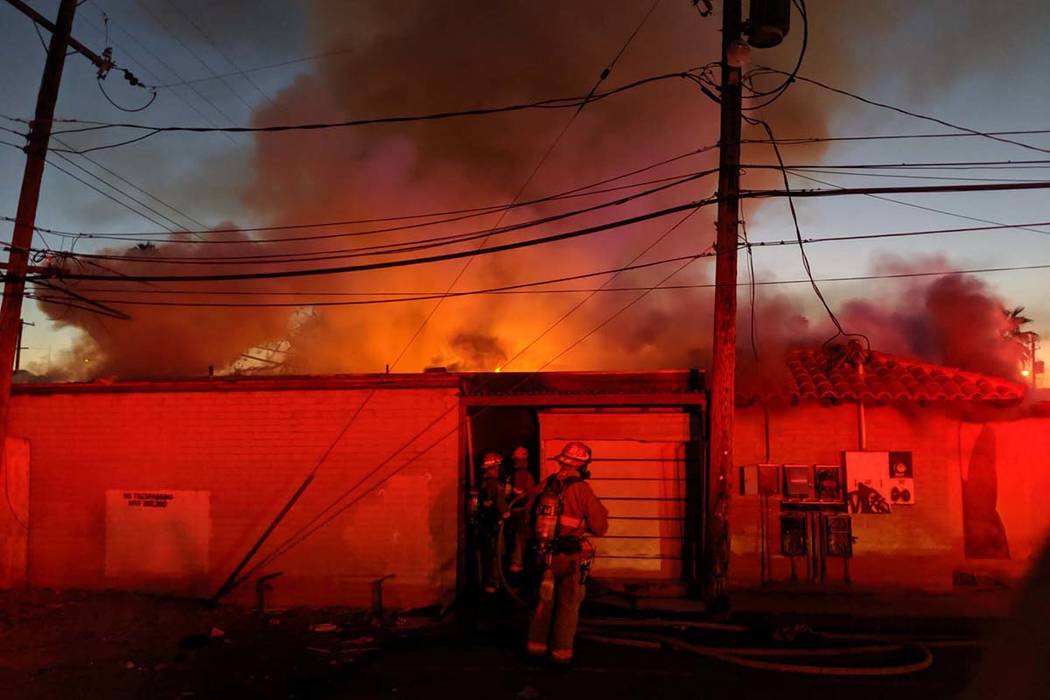 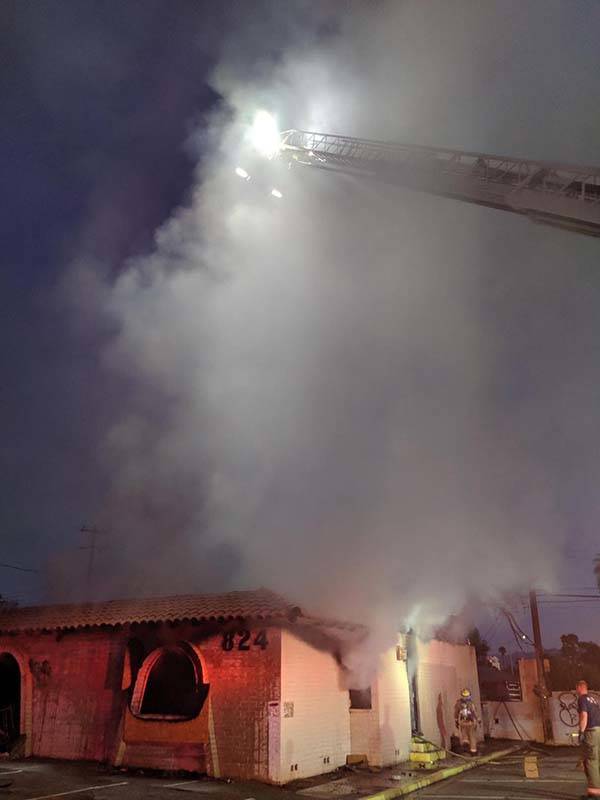 A man who was “badly burned” early Monday when a fire swept through a boarded-up office building in central Las Vegas has been hospitalized in critical condition.

Just before 6 a.m., the Las Vegas Fire Department received several 911 calls reporting a fire at the vacant office space at 824 E. Sahara Ave., near South Sixth Street. When firefighters arrived, they found the man on the ground outside the building badly burned and screaming that another man was still inside, although no one else was found inside the burning building, according to department spokesman Tim Szymanski.

The man found outside the building was rushed to a local hospital with “very critical” burns, Szymanski said.

Firefighters had most of the fire out within a half-hour of their arrival at the building, which Szymanski said appeared to have been used by squatters. Crews spent another half-hour controlling flames to the building’s roof.

The cause of the fire remained under investigation Monday morning.