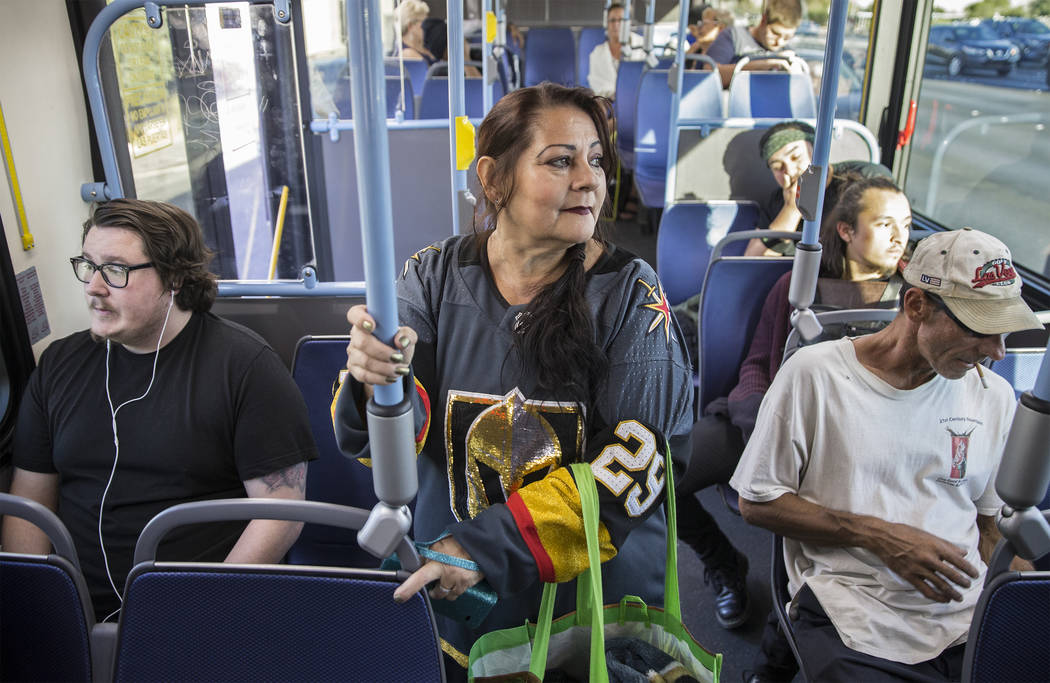 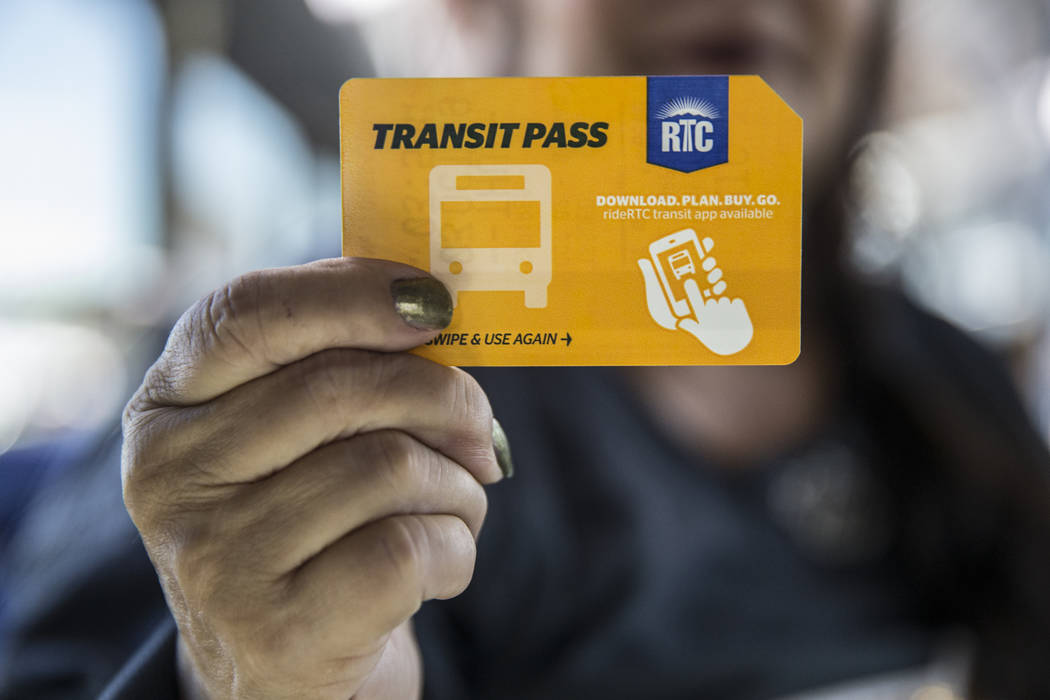 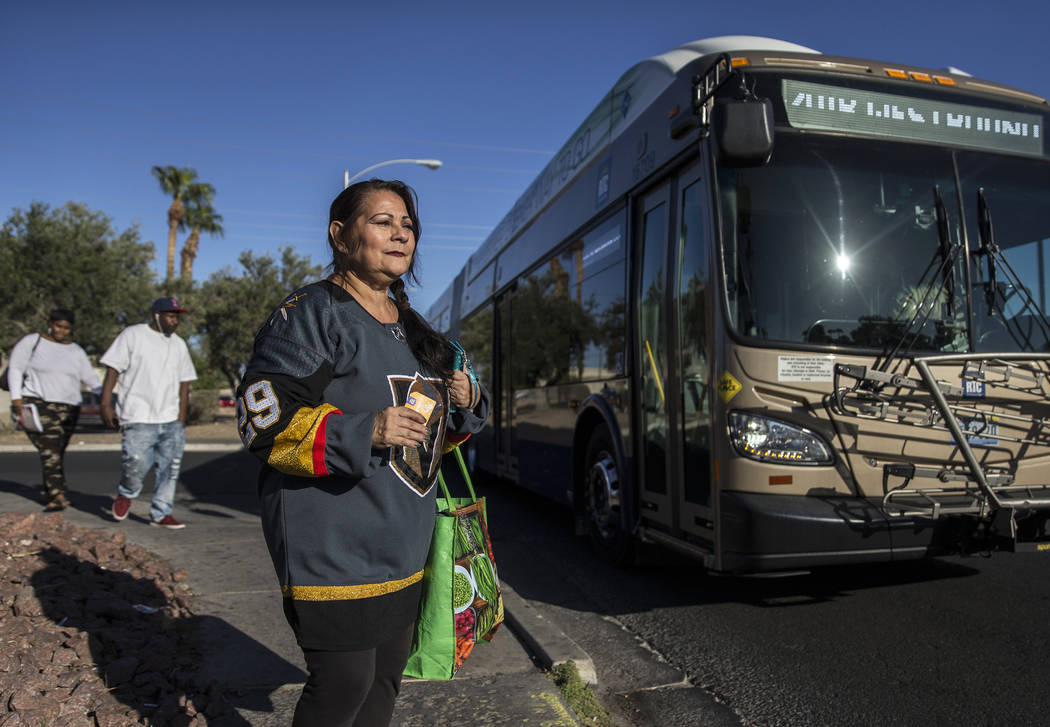 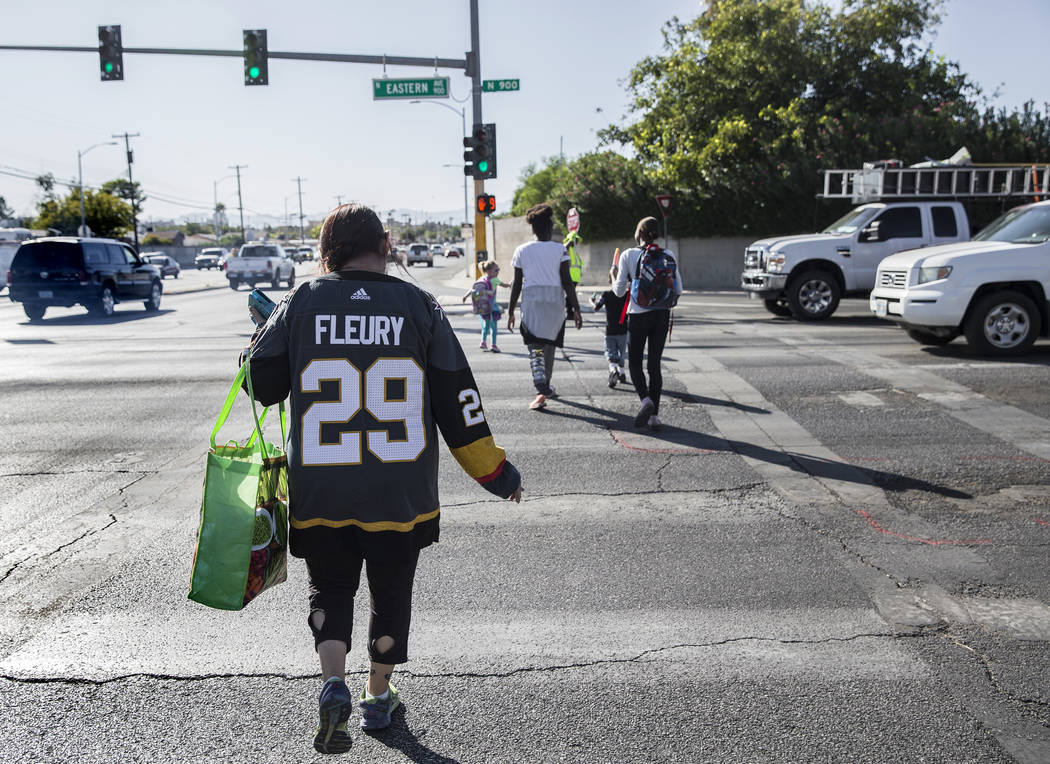 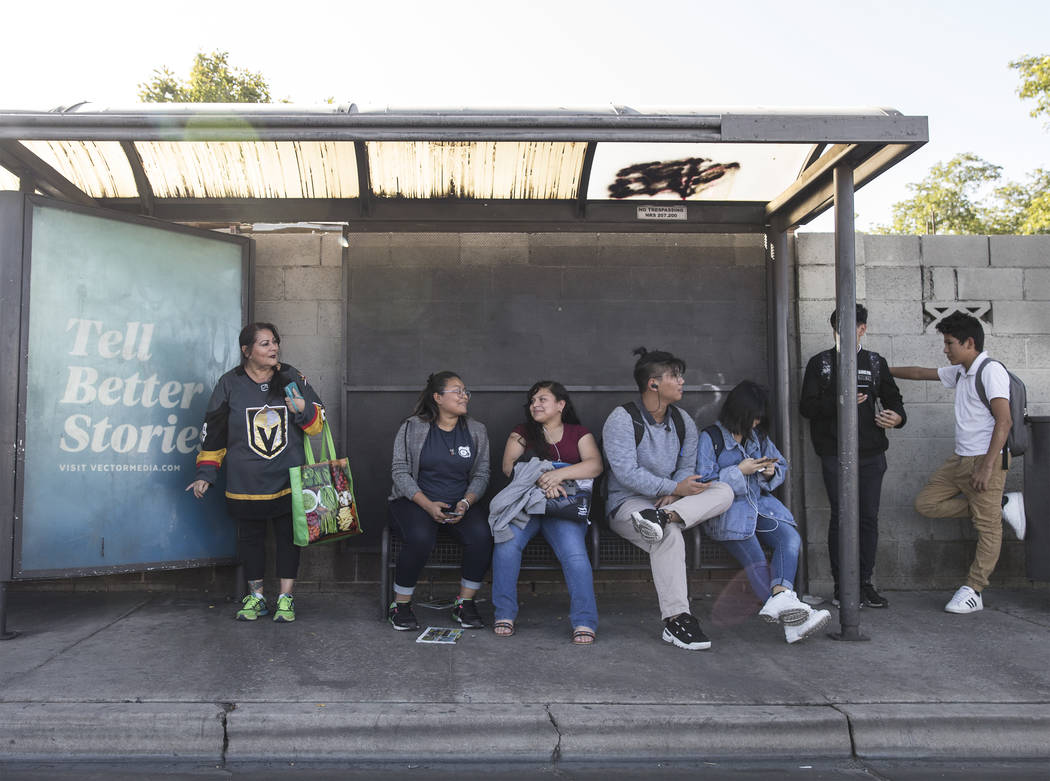 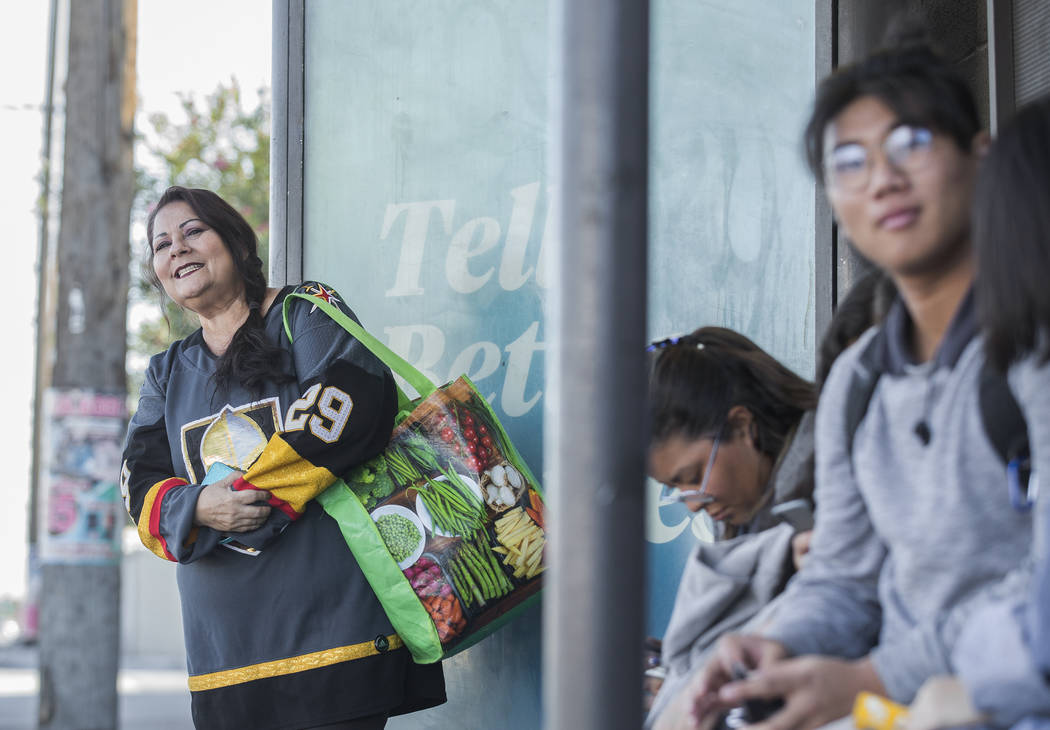 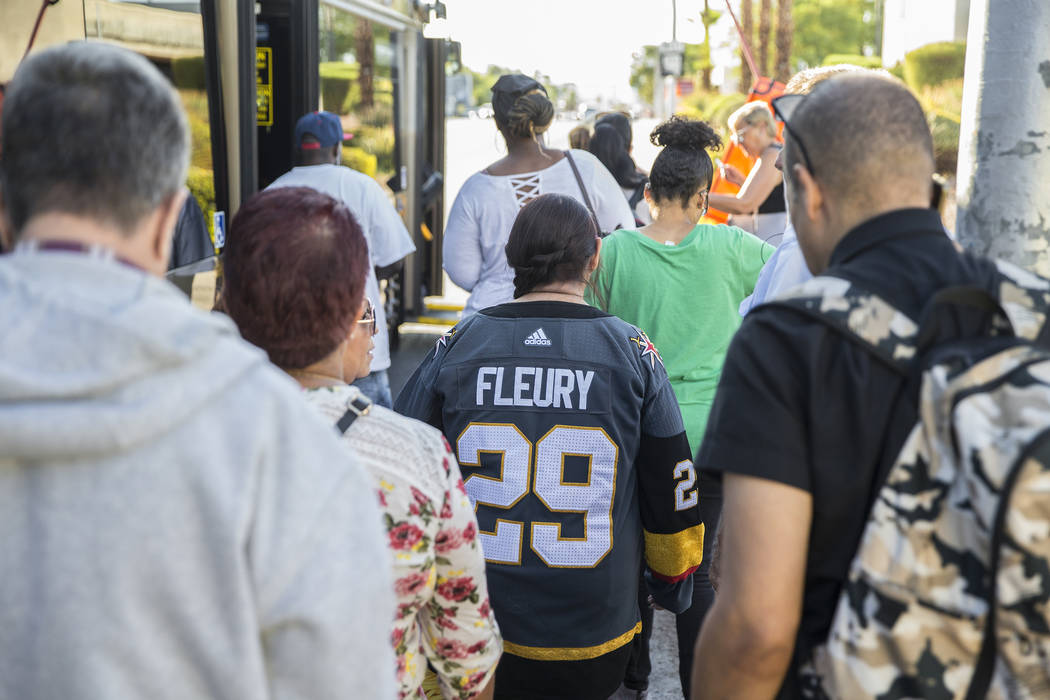 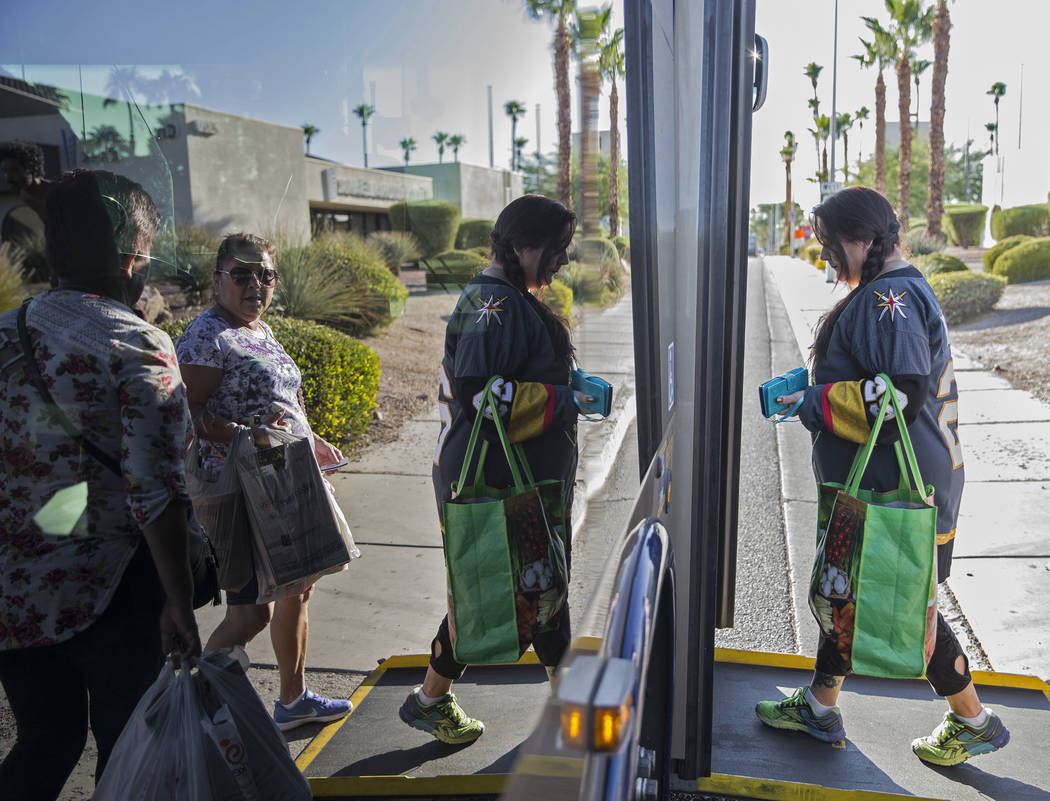 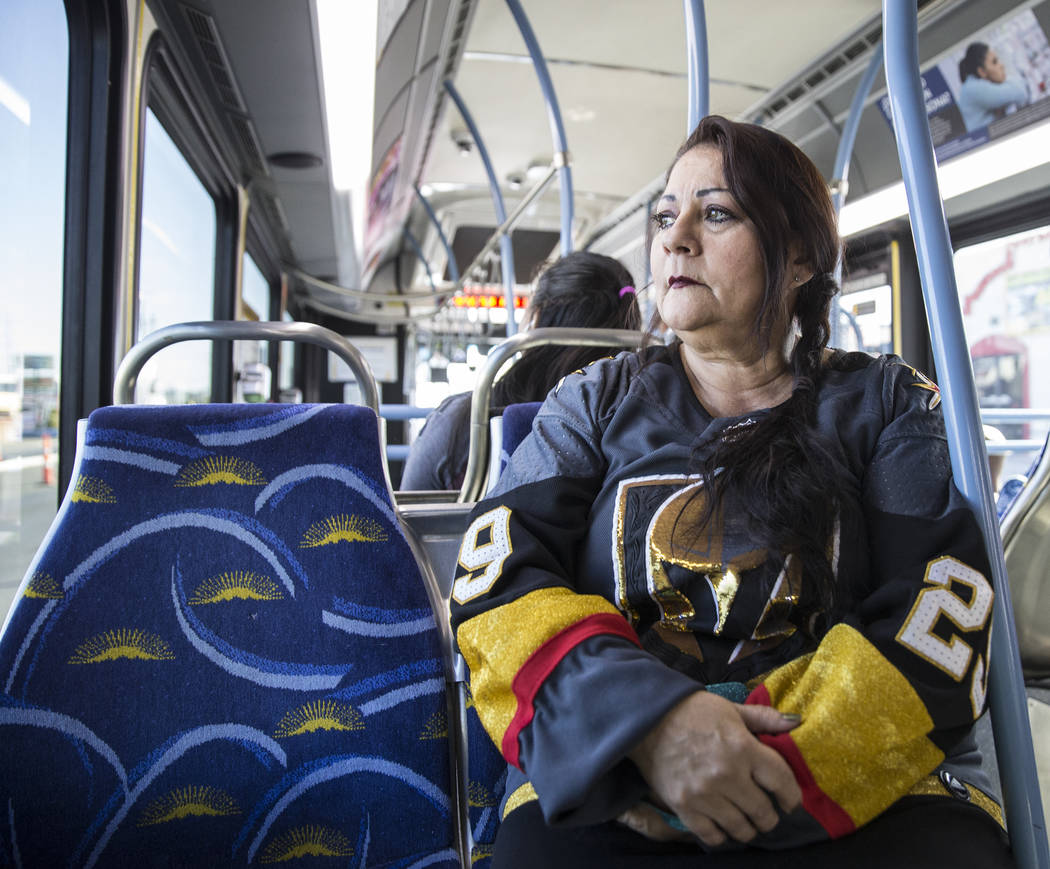 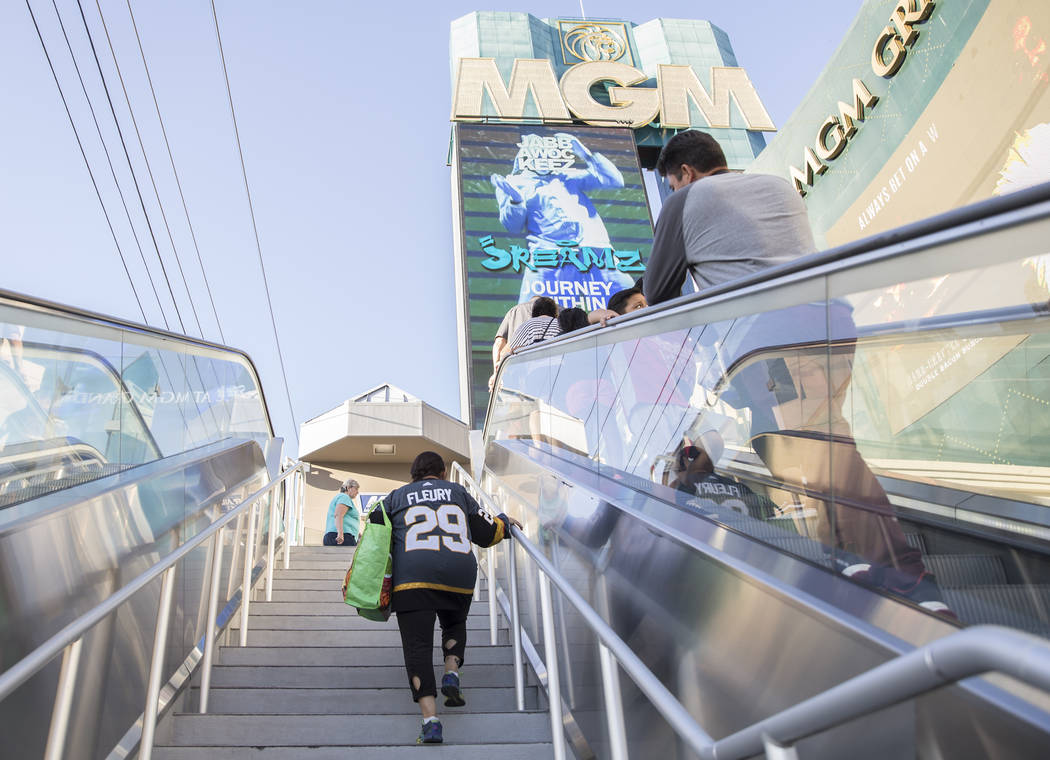 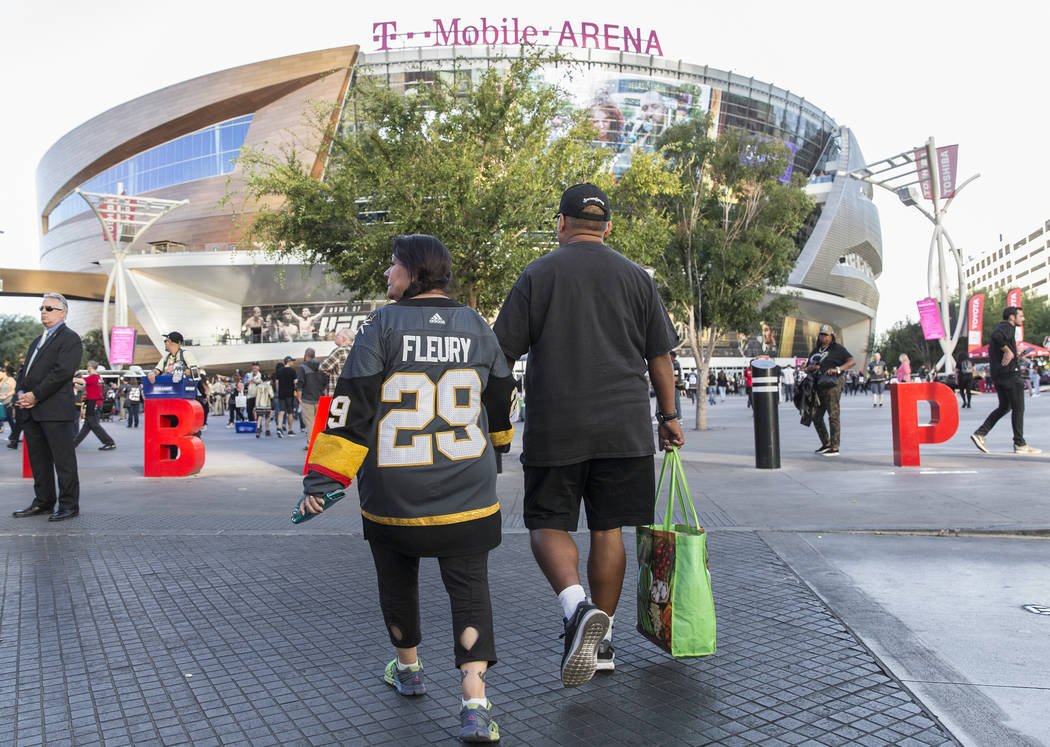 Elena Leger doesn’t own a car, but that didn’t stop the east Las Vegas resident from getting to the Golden Knights season opener Wednesday.

Sporting her Marc-Andre Fleury jersey and bright green tennis shoes, the 58-year-old left her home at 3:30 p.m. — more than four hours before the puck dropped — and started walking to the nearest bus stop. Over the next hour-and-a-half she took two public buses to reach the MGM Grand, where she and her boyfriend finished the trek to T-Mobile Arena hand-in-hand.

It’s a trip Leger plans to make dozens of times this hockey season, paying $5 for a 24-hour bus pass each time so she can ride home too. While she can’t afford a ticket to the games, Leger is a devoted participant in the official watch parties held outside the arena at Toshiba Plaza.

“Win or lose or draw, the energy outside is something you can breathe in it’s so intense,” she said. “I’ve been watching since day one.”

So Leger said she can’t help but to be frustrated that the team is entering its third season without the Regional Transportation Commission of Southern Nevada creating a nearby route for the Golden Knights Express.

The government-sponsored bus service provides Knights fans with a nonstop ride to-and-from T-Mobile Arena for only $2 each way. Close to 58,000 passengers rode the express buses last season, up from 40,700 the year before.

Despite the service’s flourishing popularity, the RTC has not established routes in the Las Vegas Valley’s northeastern quadrant. Residents in North Las Vegas and east Las Vegas have been left to take a lengthy bus route like Leger or fork over significantly more for a rideshare, taxicab or parking space near the game.

The express buses’ four routes run to Summerlin, Henderson and the Las Vegas Valley’s northwest and southwest corners. The RTC reports the areas were chosen because they are home to the highest concentrations of season ticket holders.

“The concentrations are the best statistic available to gauge customer demand for the service, as season ticket holders are most likely to attend the games, and we wanted to transport as many people as possible,” RTC spokeswoman Catherine Lu wrote in a statement.

But those areas also represent some of the wealthiest areas of the Las Vegas Valley, and having a game ticket is not required to ride the bus. Leger said she believes there’s enough fans on her side of town to fill one or more of the 81-seat double-decker RTC buses.

“If you’re not including the fans that can’t get inside (the games), you’re doing a disservice to us,” she said. “The truth of the matter is we’re fans wherever we are. We love our Knights.”

The Golden Knights Express is part of a partnership between the team and the RTC.

The RTC paid about $192,000 to run the bus service last season. More than half the cost was covered by riders’ fares. The Knights also provide advertising for RTC services at games and online valued at about $160,000.

In a statement released Friday, Golden Knights president Kerry Bubolz hinted at the bus service’s “potential expansion” in light of its increased ridership.

“We will continue to work with the RTC and T-Mobile Arena to develop additional routes and bring this unique service to additional members of our fanbase in the Las Vegas Valley,” he wrote.

North Las Vegas resident Ralph Zanoni said he and his neighbors have wondered why the Golden Knights Express doesn’t come to their city. The service would be a great way to ensure fans who want to drink alcohol before and during the game get home safe.

“You would think RTC would at least want to try it,” said Zanoni, 52. “What’s the worst that’s going to happen? You run it one time, and it’s not a big hit? You can scrap it.”

“There are just as many people in North Las Vegas who claim the Golden Knights as their team as anywhere else in the (Las Vegas) Valley,” he said. “We would love to participate, even if it was for a pilot program for six or eight games. Advertise it and give us a chance to prove our loyalty to the Golden Knights also.”