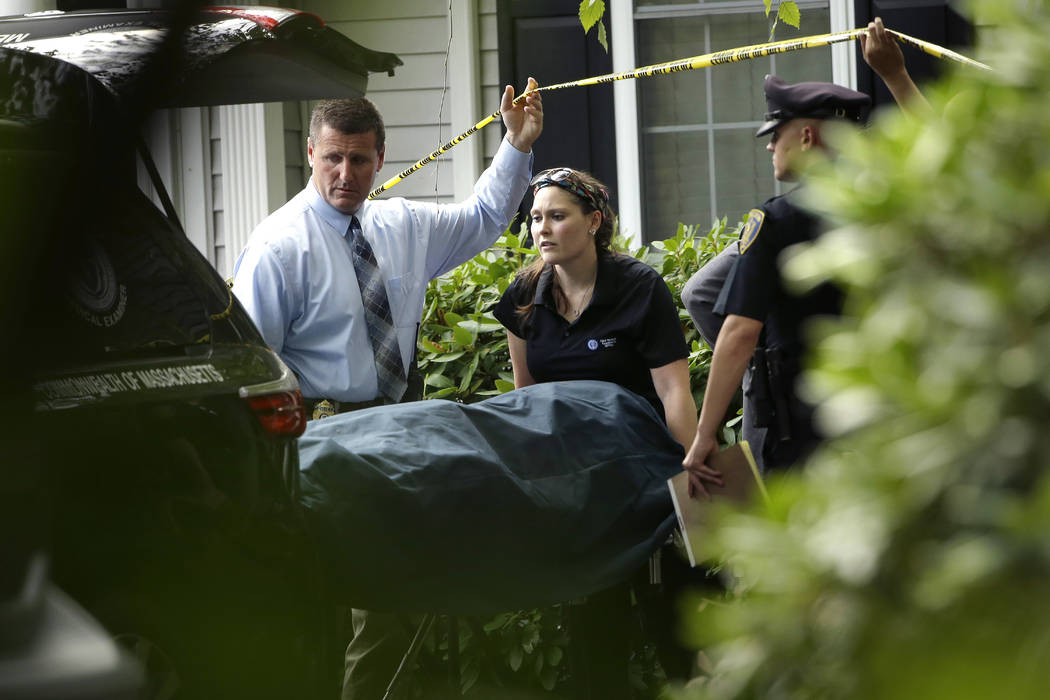 A woman from the Massachusetts Chief Medical Examiners Office, center, uses a gurney to place human remains into a vehicle as law enforcement officers hold caution tape at a home where two adults and three children were found dead with gunshot wounds, Monday, Oct. 7, 2019, in Abington, Mass. (AP Photo/Steven Senne) 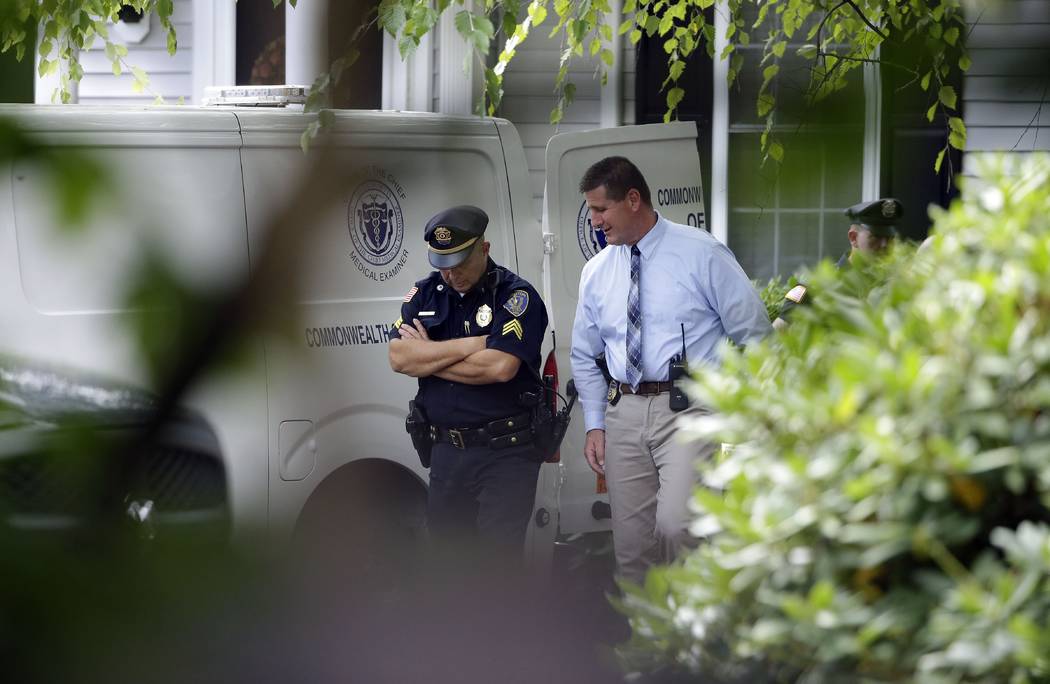 Officials work outside a home where two adults and three children were found dead with gunshot wounds on Monday, Oct. 7, 2019, in Abington, Mass. (AP Photo/Steven Senne)

The five family members were found in an Abington condominium complex at about 7:30 a.m. by a relative who showed up to take the children to school, Plymouth District Attorney Timothy Cruz said at a news conference.

“It’s a crime, a crime occurred in that building. Three little children are gone forever,” said Cruz, who also noted it appears they died of gunshot wounds.

He said there is no threat to the public but would not elaborate further on what happened, saying it’s still under investigation.

Abington police Chief David Majenski said there was no history of domestic issues with the family.

The victims’ relatives later released a statement via Cruz’s office, calling the slayings “an unfathomable loss” and asking for privacy “as we attempt to make sense of the enormity of this event.”

The children attended Abington Public Schools, Superintendent Peter Schafer said in a message to parents that was shared with the media.

He called the deaths an “unexpected and unexplainably tragic loss.”

“Their presence touched so many lives and there are no words to express the sadness we feel,” he said of the family.

Counselors have been made available to students, he said.