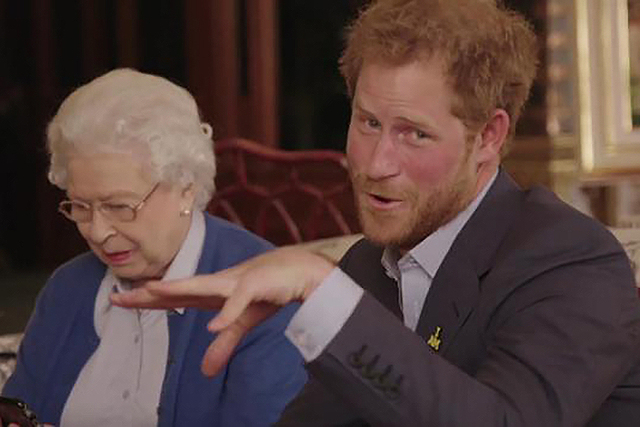 This image taken from a video released by Kensington Palace, London, on Friday April 29, 2016 shows Queen Elizabeth II sitting with her grandson, Prince Harry as he says "Boom" whilst receiving a video call from the President of the United States, Barack Obama and Michelle Obama. (@KENSINGTONROYAL/Associated Press) 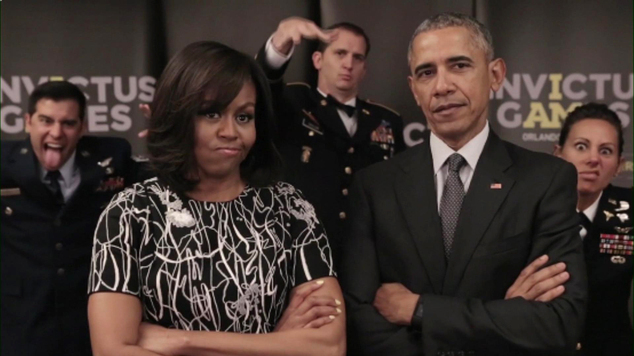 It helps to have friends in high places when you’re promoting an athletic event.

That’s certainly the case for Prince Harry, who released a video Friday promoting the upcoming Invictus Games for wounded veterans. The cast includes his grandmother Queen Elizabeth II as well as Barack and Michelle Obama, who Harry and his brother Prince William had over for dinner last week in London.

The video starts with Harry and the queen looking at an Invictus brochure when they get a video phone message from Mrs. Obama. It shows the Obamas accepting Harry’s challenge to the Invictus Games, with a man in uniform behind them saying “Boom!”

The queen, bemused by the Americans, says, “Oh really? Please.” Harry then says “Boom!” with a wicked grin.

Elizabeth also made a widely viewed promotional video with 007 star Daniel Craig for the 2012 London Olympics.