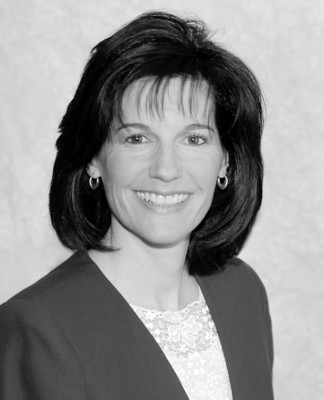 WASHINGTON — It was back to court for Nevada on Friday when Attorney General Catherine Cortez Masto filed a federal lawsuit asking judges to throw out new radiation limits for the Yucca Mountain Project.

The radiation exposure standards set by the Environmental Protection Agency will fail to protect Nevadans “from cancer-causing radioactive contamination” if nuclear waste is buried at the site, Cortez Masto said.

Nevada’s official position has been to fight the politically unpopular Yucca project at every turn. It was widely expected that state officials would return to court to challenge the latest EPA regulation that was issued on Sept. 30.

Over time Nevada has filed nine lawsuits against the proposed repository. Most elected officials say they believe it will put residents at risk of transportation accidents and harm the public perception of the state, and also create health and safety uncertainties affecting future generations.

Meanwhile Friday, the Yucca project took a step forward on another front when the Department of Energy issued a formal record of decision to build a rail line from Caliente to the repository site 100 miles northwest of Las Vegas.

The department also confirmed it will share the rail line with ranchers and farmers when it is not being used to move spent nuclear fuel. The Nye County government commissioned a study that concluded the Caliente rail would bring total benefits from $21 million to $67 million.

DOE said the rail could take between four and 10 years to build. The latest cost estimate, issued this summer, was $2.7 billion.

State officials said Friday they were reviewing the railroad document but were more immediately focused on the lawsuit against the EPA.

Cortez Masto accused the EPA of collaborating with the Department of Energy “to steam-roll this project,” which is being considered for a construction license.

The seven-page lawsuit was filed in the U.S. Court of Appeals for the District of Columbia Circuit. The Department of Energy referred queries about the lawsuit to the EPA, which had no immediate comment.

The Nevada lawsuit challenges the EPA setting separate “near term” and “long term” radiation limits for people who may live near the repository site thousands of years into the future.

At present Americans receive an average annual dose of 360 millirem from radiation sources in soil, water and vegetation, and man-made sources like X-rays, building materials, TVs and video terminals.

For the first 10,000 years after nuclear waste is buried at Yucca, the federal agency set a standard of 15 additional millirem of annual radiation exposure to a theoretical person living 11 miles south in the Amargosa Valley, the equivalent of a chest X-ray.

For thousands of years after that and up to 1 million years, the amount of allowable additional radiation exposure would be 100 millirem annually.

Looked at another way, nuclear safety groups say the regulations set the acceptable cancer risks for people in future generations who would be exposed to repository-related radiation.

In order to win a construction license, DOE must be able to show that the radiation exposure limits could be met. This is done by using computer projections of Yucca Mountain geology and the rust-resistance of waste canisters that would be buried there.

The EPA radiation rule was finalized last week after three years of review within the agency. The agency said the 100 millirem standard has been endorsed by international nuclear organizations.

But the state in its lawsuit charged the EPA misapplied the international standard. It also said the EPA overstepped its authority and made incorrect assumptions in how it formed the regulation.