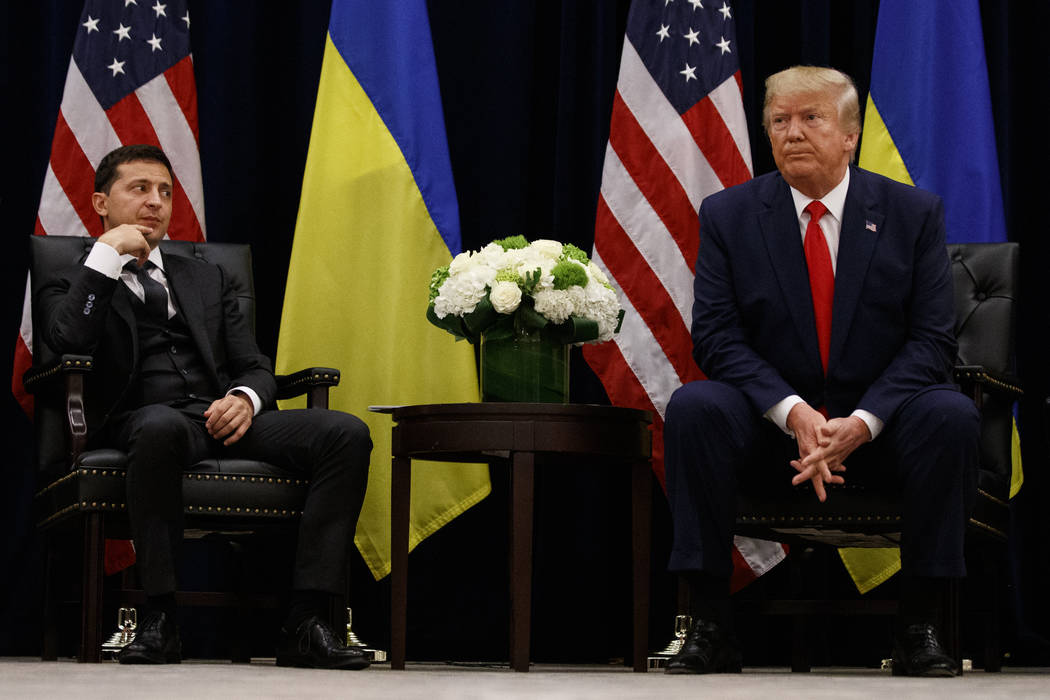 WASHINGTON — The Trump White House hunkered down Monday as Democrats continued to issue subpoenas for the House impeachment inquiry and a federal judge supported a New York prosecutor’s efforts to obtain eight years of the president’s tax returns.

In a scathing 75-page ruling, Judge Victor Marrero rejected the argument made by Trump’s legal team as an “extraordinary claim” that a president “while in office, enjoys absolute immunity from criminal process of any kind,” spanning “every phase of criminal proceedings, including investigations, grand jury proceedings and subpoenas, indictment, prosecution, arrest, trial conviction, and incarceration.”

But then an appellate court judge issued a temporary stay to block the hand-over of Trump’s tax forms from his accountants to New York District Attorney Cyrus Vance.

Also Monday, three House committees – Intelligence, Oversight and Foreign Affairs – sent a letter to Defense Secretary Mark Esper and Office of Management and Budget Acting Director Russell Vought compelling them to turn over documents for a House investigation into “the extent to which President Trump jeopardized U.S. national security by Ukraine to interfere with our 2020 election.”

Failure to produce the documents by October 15, Chairmen Adam Schiff, Elijah Cummings and Eliot Engel warned, could be considered obstruction of the impeachment inquiry.

In the afternoon during a signing ceremony of the U.S.-Japan Trade Agreement and U.S.-Japan Digital Trade Agreement, Trump called impeachment a “scam” and said the July 25 phone call should be seen as a “very cordial, very nice conversation.”

He said House Speaker Nancy Pelosi should have waited a day before she announced on Sept. 24 that she supported an impeachment inquiry based on a whistleblower’s reported allegations. On the morning of Sept. 25, the White House released a rough transcript of the July conversation.

According to the note takers, Trump told Zelenskiy “a lot of people want to find out” if Biden pushed for the firing of a Ukrainian prosecutor who had investigated Burisma Holdings, a Ukrainian natural gas company that paid Hunter Biden some $50,000 per month to serve on its board.

Politifact rated as “false” Trump’s assertion that Biden, a leading contender in the 2020 Democratic primary, threatened to withhold $1 billion in loan guarantees if Kyiv didn’t fire the general prosecutor Viktor Shokin, because it was strong Western opposition that cost the prosecutor his job.

To Trump, the suggestion showed that he exerted “no pressure” and his release of the transcript demonstrates he has nothing to fear.

But for Democrats the fact that Trump made the remark as his administration withheld military aid argues otherwise. They point to the Aug. 12 whistleblower complaint that asserted Trump “sought to pressure the Ukrainian leaders to take ations to help the president’s 2020 re-electoin bid.”

The anonymous whistleblower said that he or she was not a direct witness to the phone call, but had learned from White House officials that Trump had tried to direct Zelenskiy to investigate former Vice President Joe Biden and son Hunter’s Chinese business interests and turn over any information the government might have about Russian interference in the 2016 presidential election.

On Sunday, attorney Mark S. Zaid, who represents the whistle blower, confirmed that his legal team represents a second whistleblower who “also made a protected disclosure under the law and cannot be retaliated against.”

Asked if he was concerned about a second whistleblower, Trump responded, “not at all, because it was a perfect call.”

Washington Post fact checker Glenn Kessler gave Schiff four Pinocchios – the rating for falsehoods he deems “whoppers” – for Schiff’s responses to media questions on the origins of the whistleblower complaint.