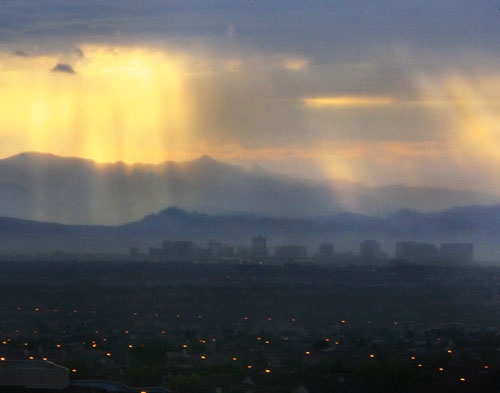 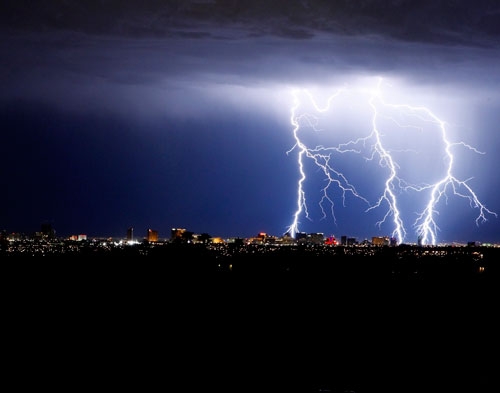 Rain and scattered thunderstorms are expected to continue Wednesday throughout the valley, tapering off by Thursday morning, according to the National Weather Service.

Forecasters predicted heavy rain and storms would temporarily cease sometime Wednesday morning, with a chance to continue throughout the afternoon as another band of storms slowly moves north from Laughlin.

Forecasters expect the most hazardous storms will have moved east of Las Vegas by Thursday morning.

An urban flood advisory issued until 8:45 a.m. Wednesday will not be extended, forecasters said.

The weather service predicted high temperatures around 75 degrees in the east valley and 67 in the west valley Wednesday, with a 70 percent chance of rain and light winds in the afternoon.

Forecasters predicted a 20 percent chance of thunderstorms on Thursday with high temperatures around 68 degrees in the west valley and 76 degrees in the east valley.

There is a chance of thunderstorms again this weekend, forecasters said.