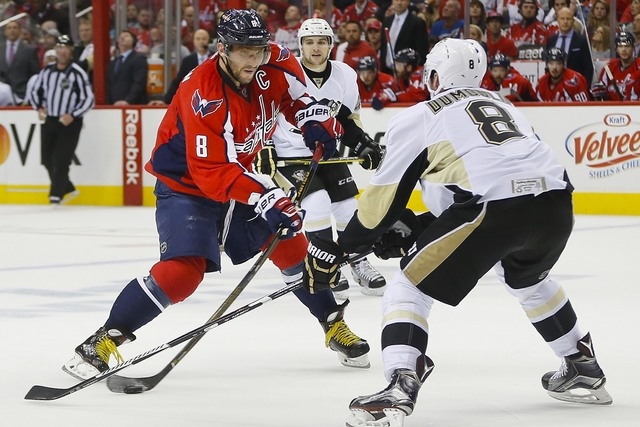 A major hurdle was cleared Friday in businessman Bill Foley’s attempt to bring an NHL franchise to Las Vegas — perhaps as soon as next year.

The league and its players association have reached terms on the rules to conduct an expansion draft. Under the guidelines, players with no-move or no-trade contracts would be exempt from exposure to any expansion draft.

It was a huge issue for the NHLPA. The union’s collective bargaining agreement says a player with such a clause can prevent involuntary relocation.

The 30 teams would lose a maximum of one player should the league expand by one, or a maximum of two players should it expand by two. Las Vegas and Quebec City are seeking expansion franchises. The league has not yet approved an expansion that would give Las Vegas its first big-league team.

Teams will be given the option of protecting one goaltender, three defensemen and seven forwards, or one goalie and eight skaters.

Foley, who is prepared to pay $500 million to join the NHL, said he was pleased to hear the news.

“While as yet we don’t have a commitment for a team, it’s great to hear that if it were to come to pass, there has been agreement with the players association on the terms of the expansion draft,” Foley said Friday.

The agreement allows the 10-member executive committee to know exactly how expansion would impact the league. NHL Commissioner Gary Bettman has said that if the league were to expand for the 2017-18 season, it needed to make a decision well before the league’s June 24-25 entry draft so general managers could make roster decisions.

A source close to the situation told TSN.ca that a if an expansion announcement is made, it probably will come in mid-May. But NHL Deputy Commissioner Bill Daly said much remains to be done before a vote on expansion can take place.

“We have been having discussions with the union for a number of weeks now regarding issues related to our expansion application process, including the terms of a potential expansion draft,” Daly said in an email to the Review-Journal.‎ “Our process remains ongoing, and no recommendations have been made to the board at this time.

“There’s still more to be done, and there is no definitive timeline that I can share at this time other than what we have said previously. I will confirm again that if no decision on expansion is rendered prior to July 1, I do not anticipate that the league would be in a position to expand for the 2017-18 season.”

The Golden Knights will play in a six-team rookie tournament from Aug. 7-10 at Great Park Ice in Irvine, Calif.

Wayne Gretzky scored a goal during the Los Angeles Kings’ victory over the New York Rangers in the NHL’s first game played outdoors that attracted a grasshopper horde.

Alex Meruelo has completed his purchase of the controlling interest in the Arizona Coyotes.

The Golden Knights traded winger Nikita Gusev for a 2020 third round pick and a 2021 second pick.

The 37-year-old defenseman is excited to stay in Las Vegas after signing a one-year, $700,000 contract that can reach up to $1.5 million with incentives.

Do you know what it takes to become a member of the Vegas Golden Aces?

The Westgate sportsbook posted NHL point totals and playoff and division odds Sunday and Vegas is second in points (103½) and the even-money favorite to win its division.

Golden Knights’ Chance to be made into Funko Pop! figure
By Rochelle Richards / RJ

Funko announced on Thursday a new batch of NHL mascots that will forever be immortalized as a Pop! figure, including Knights mascot, Chance.