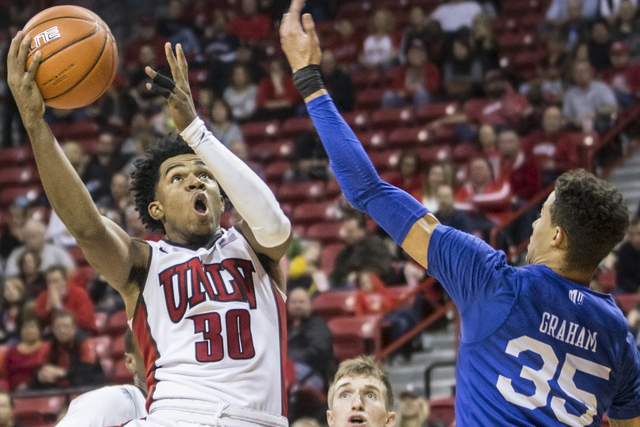 UNLV's Jovan Mooring (30) slashes to the basket over Air Force's Hayden Graham (35) during the Rebels home matchup with the Falcons on Saturday, Jan. 21, 2017, at the Thomas & Mack Center, in Las Vegas. Benjamin Hager/Las Vegas Review-Journal 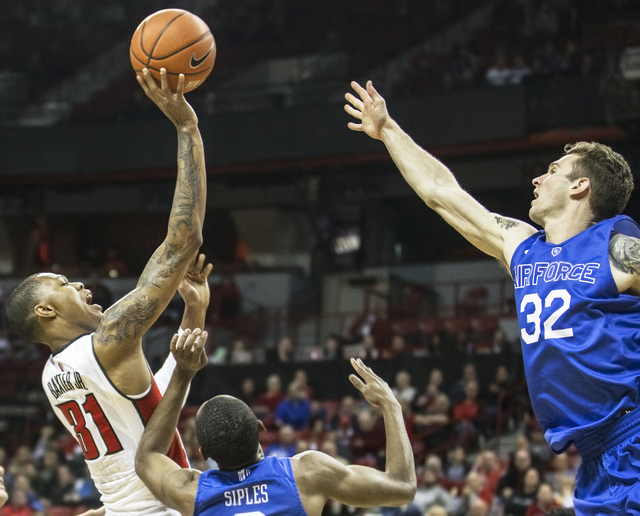 The Rebels are usually closer to the top than the bottom of the Mountain West standings, but now they meet an Air Force opponent with whom they share the cellar.

If the Rebels win Wednesday’s 6 p.m. game, they would put themselves in position to possibly escape being the 11th seed at next month’s conference tournament, but UNLV coach Marvin Menzies was more concerned about what happens before that event tips off.

“They need to experience (winning) before the tournament, for sure, and you hope they experience it a couple of times because winning’s contagious,” Menzies said. “Once they capture it, it’s something they can hopefully ride in to a little momentum, even if it’s only one or two games. It’s been seven games now. They’ve got to know what it feels like.”

The Rebels’ best chances in their final four regular-season games are against Air Force and the March 1 home game against Utah State.

UNLV and Air Force are the perfect match.

They are on long losing streaks, with UNLV at seven games and the Falcons at six.

They had players who banked in 3-pointers to force extra play when the teams met a month ago, with the Rebels eventually prevailing in double overtime.

And it can be anyone’s guess who wins when they meet at Clune Arena, with UNLV holding an 11-10 edge. Air Force is a 4-point favorite.

A UNLV victory would help build momentum entering the conference tournament in two weeks at the Thomas & Mack Center.

“We can play with anyone,” UNLV guard Jovan Mooring said. “It’s just too many mishaps on the court we need to clean up.”

If the Mountain West’s original plan had remained in place, the Rebels wouldn’t have been invited to the tournament in their arena. The conference decided in December 2015 to allow only the top eight teams into the field before coaches complained loudly enough that the Mountain West reversed its decision four months later and allowed every school to compete.

The top five seeds receive byes into the quarterfinals, so the Rebels will be stuck playing March 8 as one of the bottom six teams.

If they wind up with the 11th seed, UNLV would play at 4 p.m. against the No. 6 team, which at this point would be defending tournament champion Fresno State. A move to the 10th spot would pit the Rebels against the seventh seed (currently San Jose State) at 1:30 p.m. Should UNLV reach the ninth seed, it would play No. 8 (currently Wyoming) at 11 a.m.

“Everybody goes to the tournament, so if you go in 10th, ninth or 11th, I don’t think it makes much of a difference at this stage of the deal,” Menzies said. “You’ve got to beat somebody for four games.” 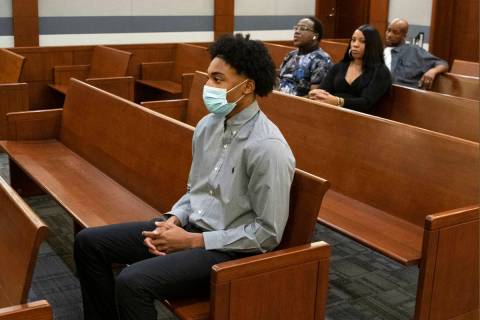